A private retreat for two overhanging the Sarah has known this house intimately since she was 5 years old. The house was built in 1965 by Neil Duncan, architect, upon the relocation of the family from the then Salisbury, Rhodesia. It mimicked in large part their Salisbury house, a single storey 3 bedroom house built on the smell of an oil rag. This did not, however, stop it being a beautiful piece of design – quintessentially subcontinental, climatically appropriate, unassuming, modest yet modernist, elegantly sotto voce – set into a magnificent garden spanning the Parkhurst rivulet, dynamically landscaped by Neil and adorned with his sculptures. The house and verandah were filled with Neil and Sheena’s conversation, objects, furniture, tapestries and carpets, a large proportion of which were made by Neil himself. Sarah spent many days and nights at this family house between the ages of 5 and 16, and there are many elements of the original house that Sarah knows she deeply absorbed into her design lexicon. She credits this house (alongside Roedean School buildings) with the primary formation of her architectural (and political) consciousness.

How to (re)set these elements (both physical and psychological) into a new dynamic formation? How to enhance the best parts, rethink the problematic areas, bring living and energy requirements into the 21st century, add another storey, and keep it all resonant with its original intention and feeling – both of which had been exceptional? Iconic elements (Neil’s double circular columns) are remade and used in new positions. His germinal skylights have been extended and amplified into an expressive strip that brings light into the centre of the house. A large part of the original roof remains legible in both internal volume and external scale. Quite some degree of conceptual dynamite was required: the previously difficult formal lounge has become the covered patio – inside becomes outside and retains the original fireplace as a structural column. The original verandah, an integral and central element of the house, has moved yet retains potency.

Where the house has changed most it remains uncannily legible – parts and elements are recognizable, although differently deployed: the original living room fireplace stands in the same place, but now delineates the covered patio and makes a major supporting element for the new first floor. All spaces are more open, more dynamic, generous, luxurious, lighter and warmer in the winter. One can still ‘feel the plan’ of the original house…tread the steps that always tread… One walks around the house wearing X-Ray specs, as it were. Spatial correspondences and structures that were hitherto concealed are revealed, energies released to new lives. 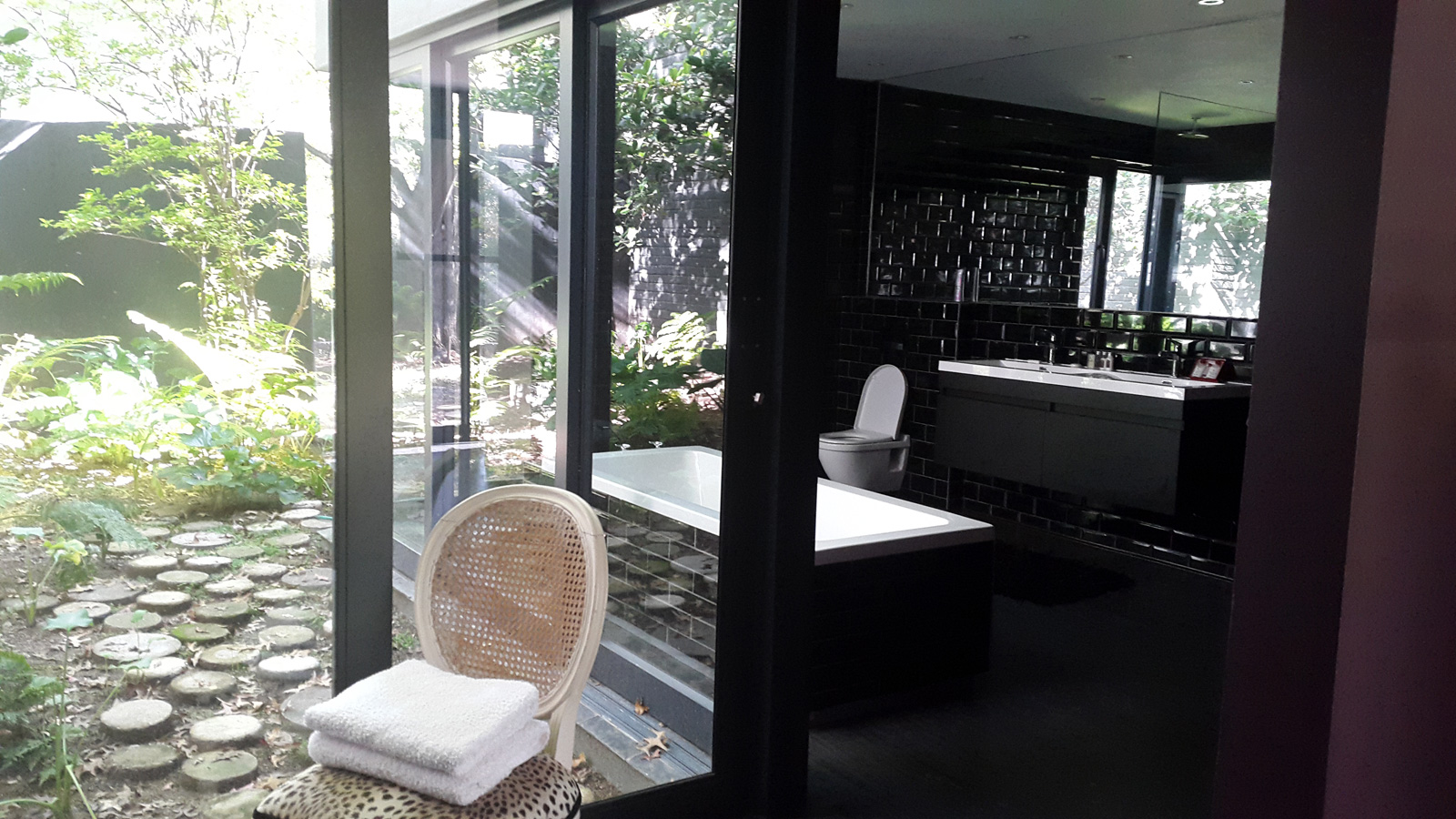 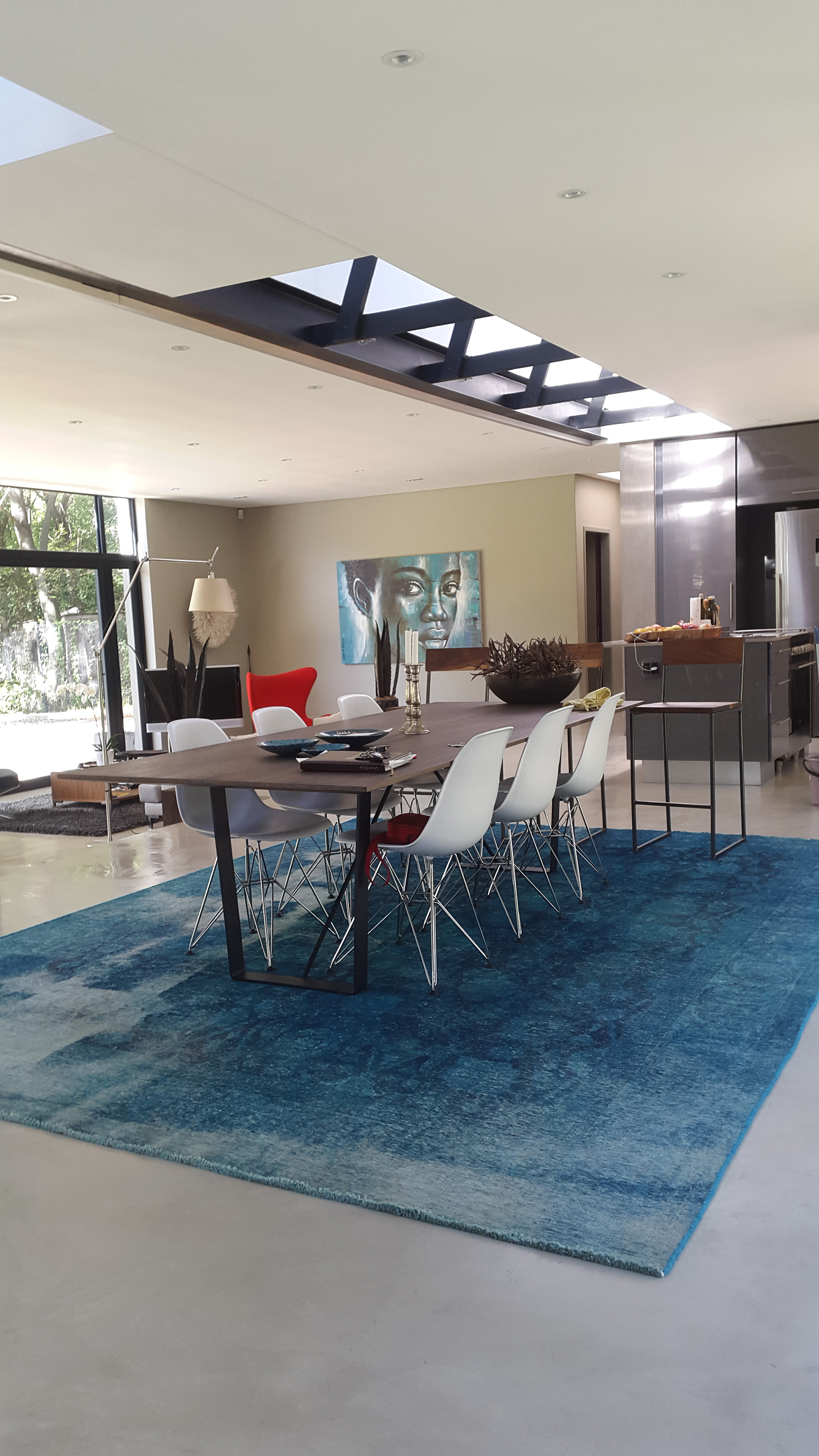 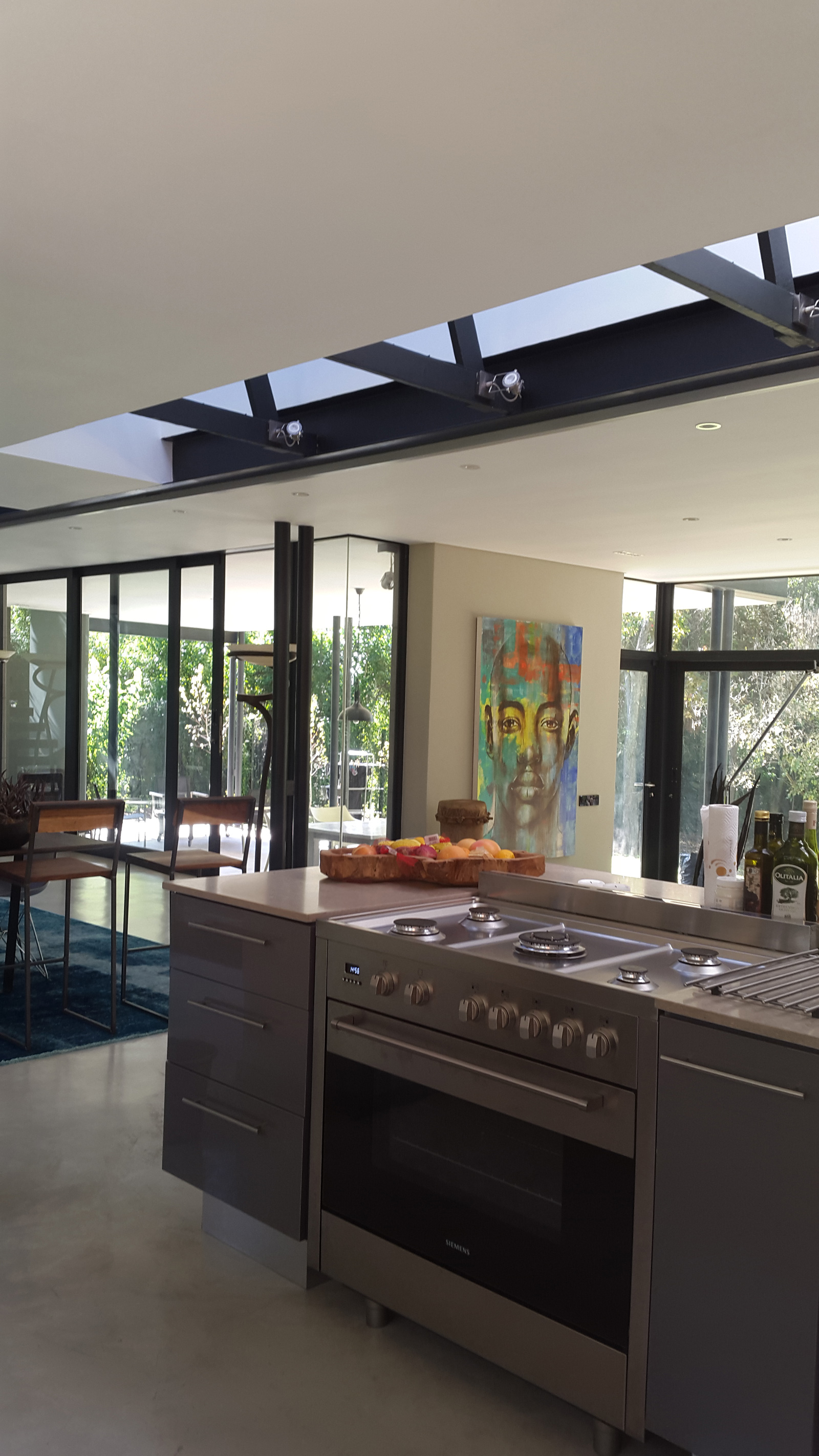 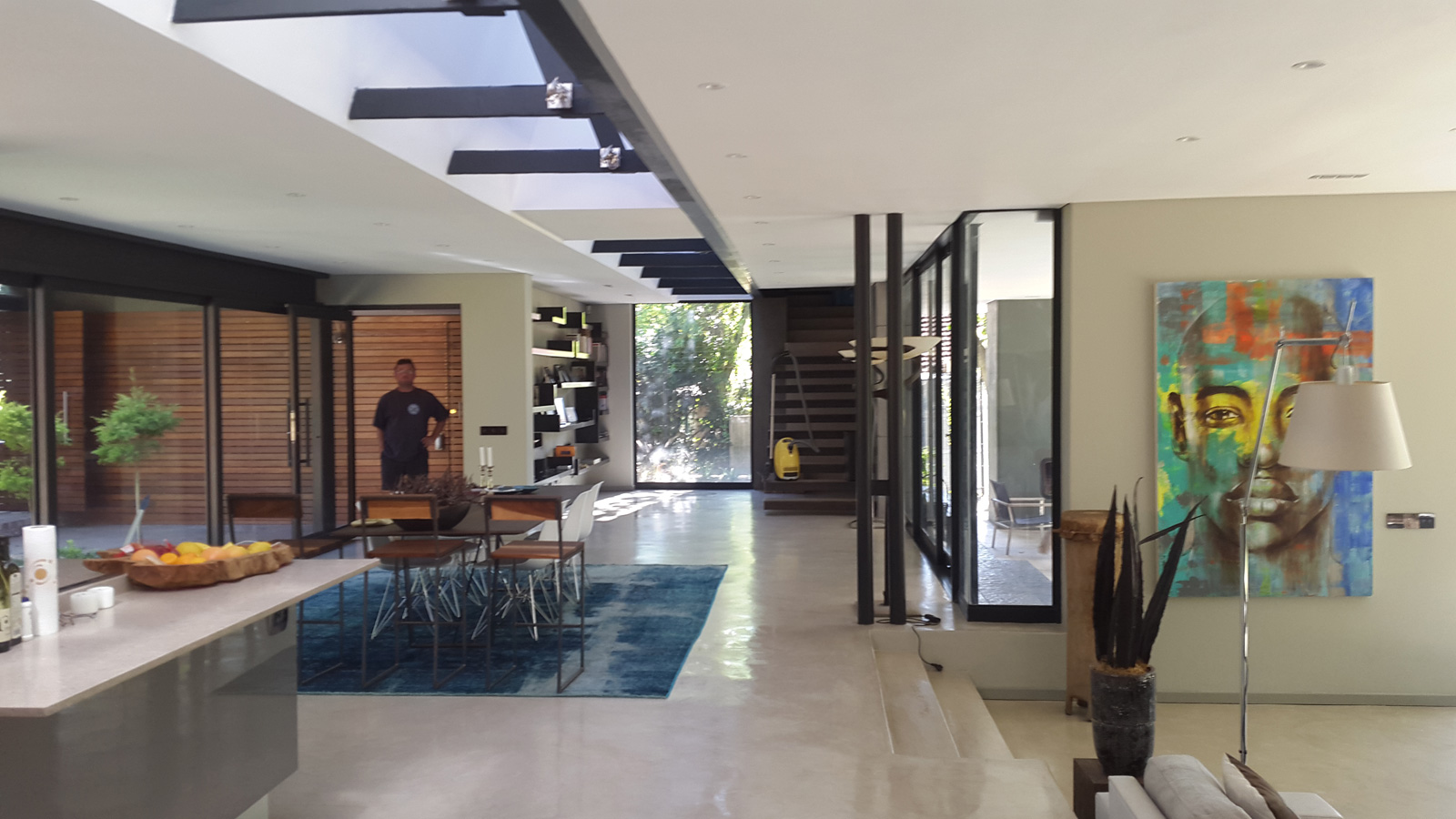 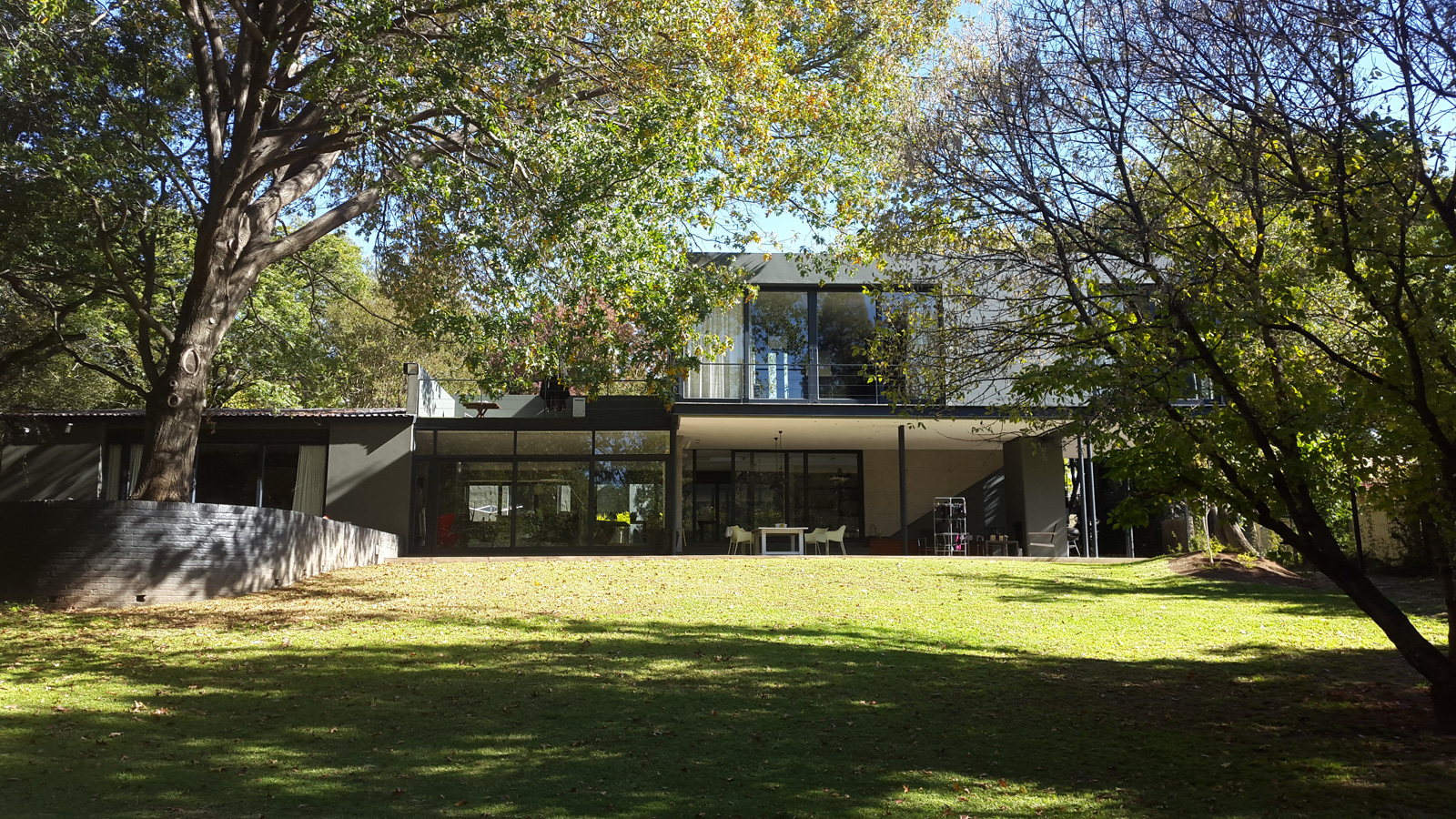 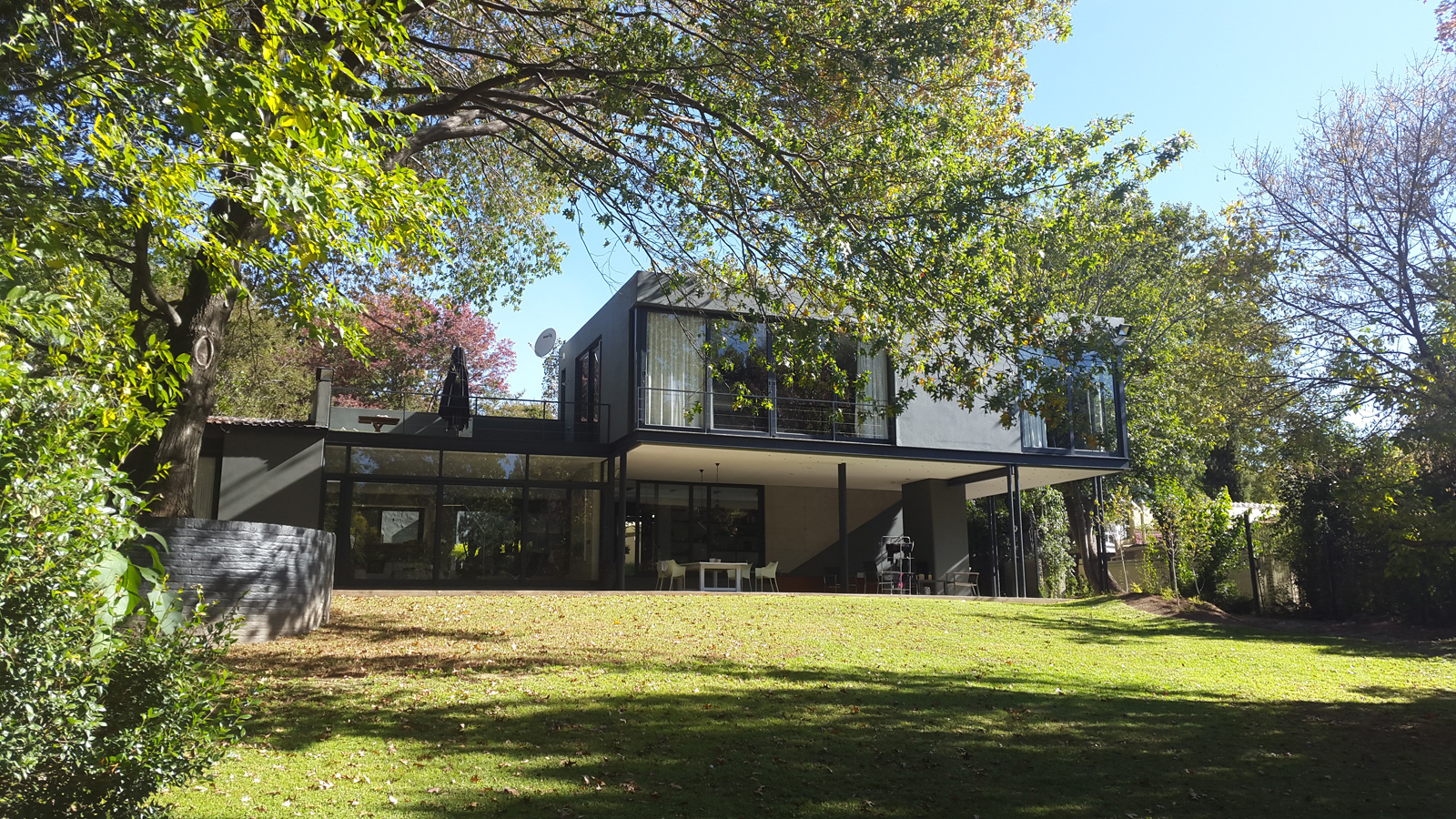 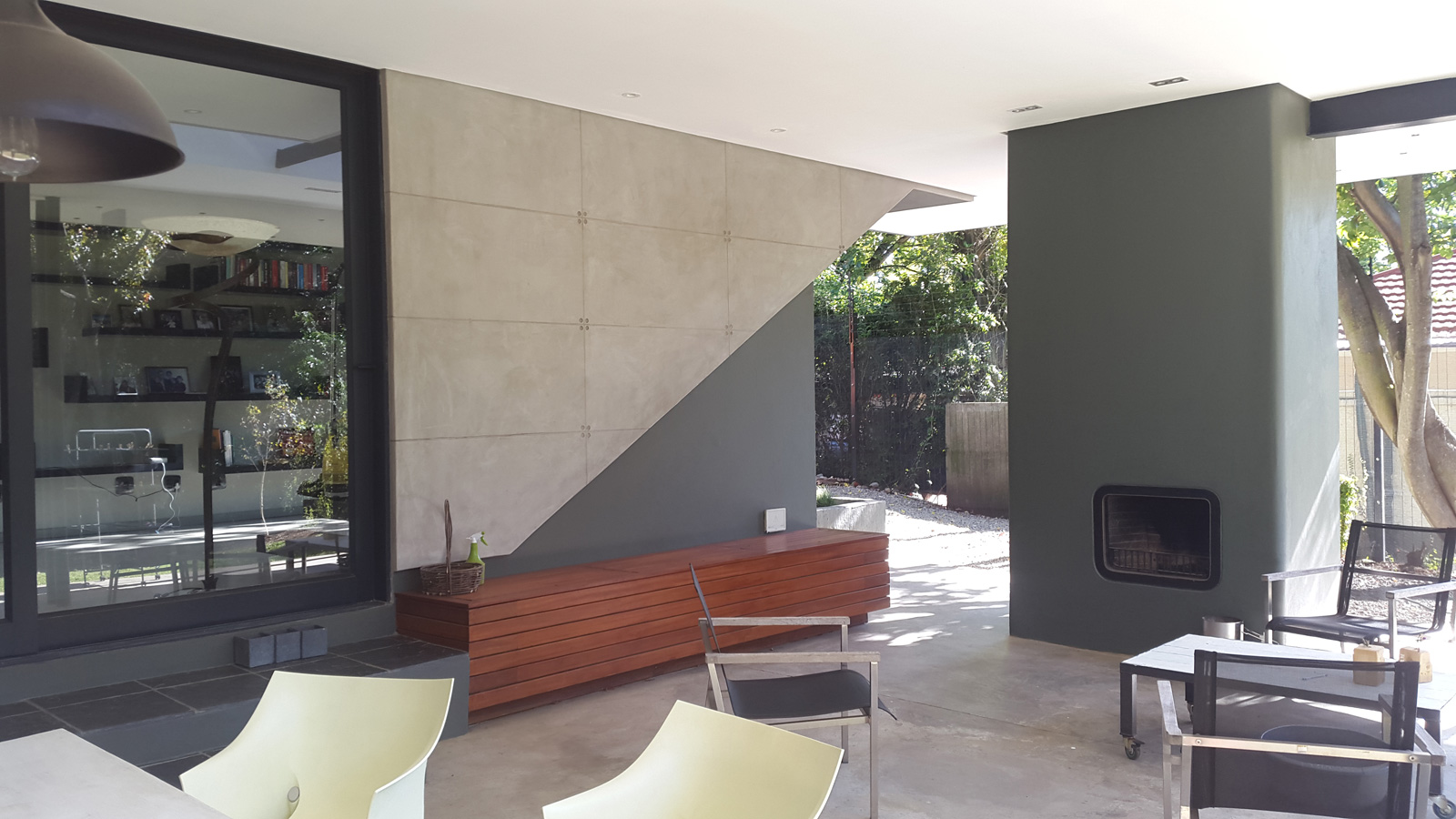 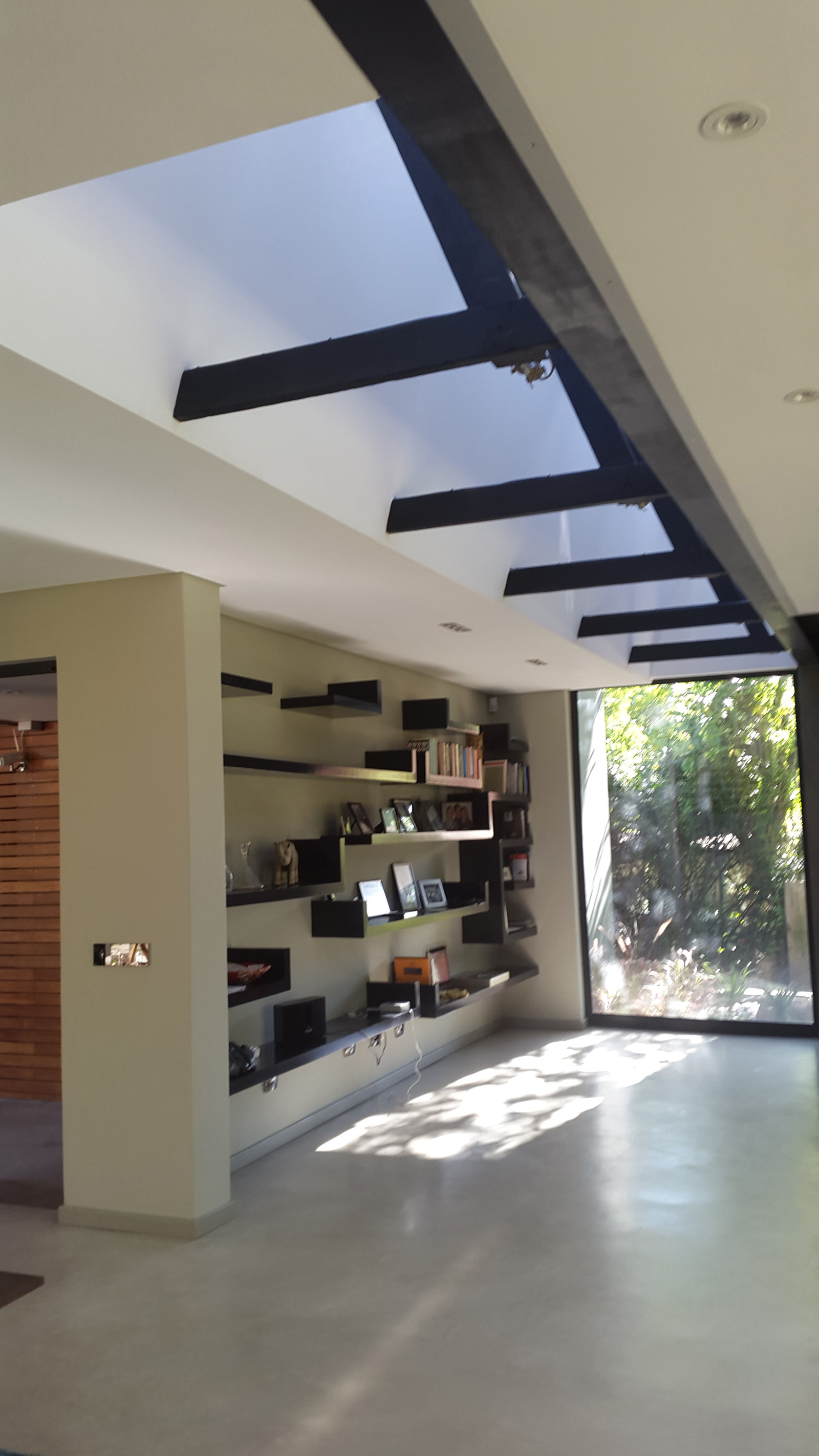 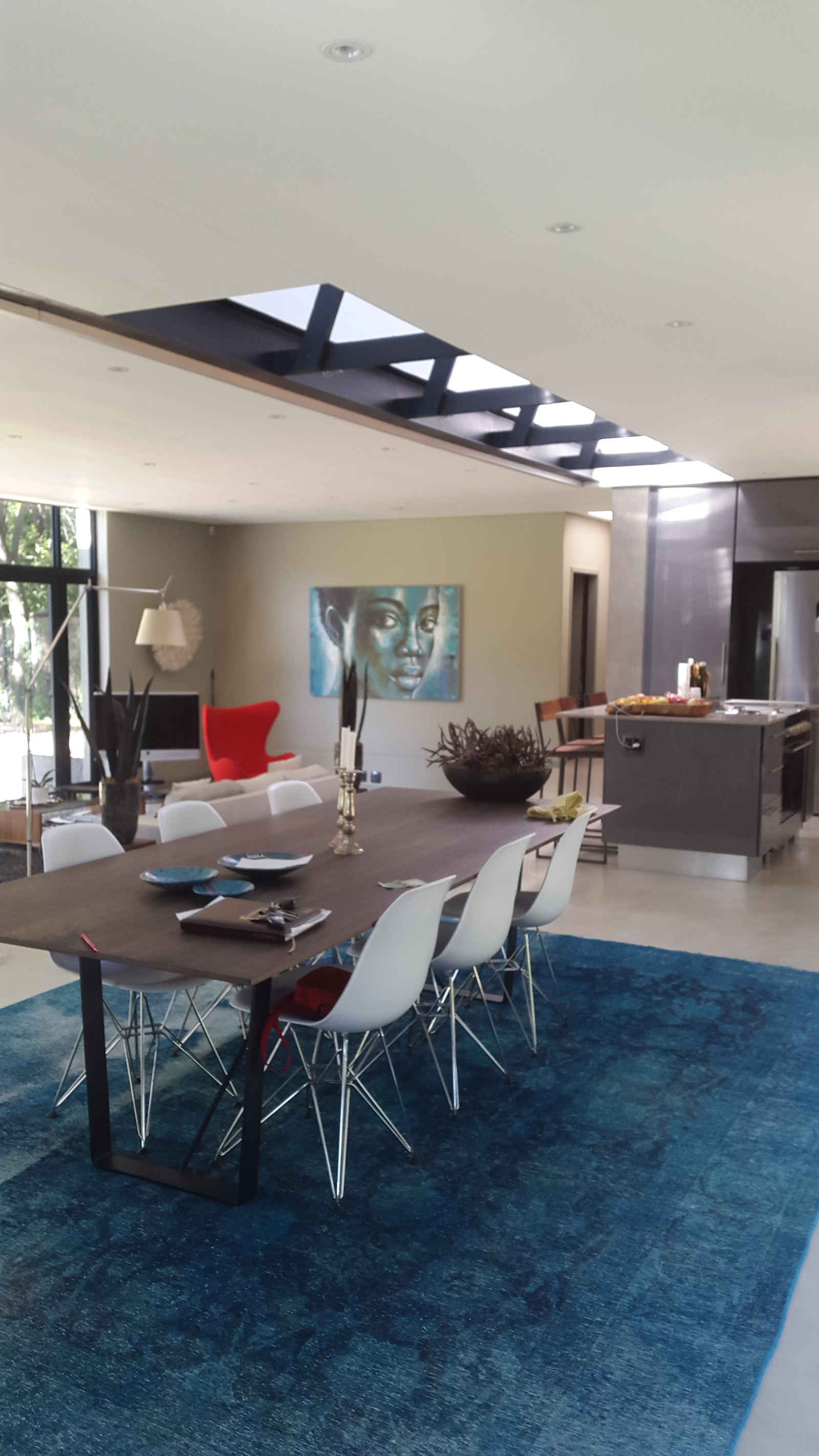 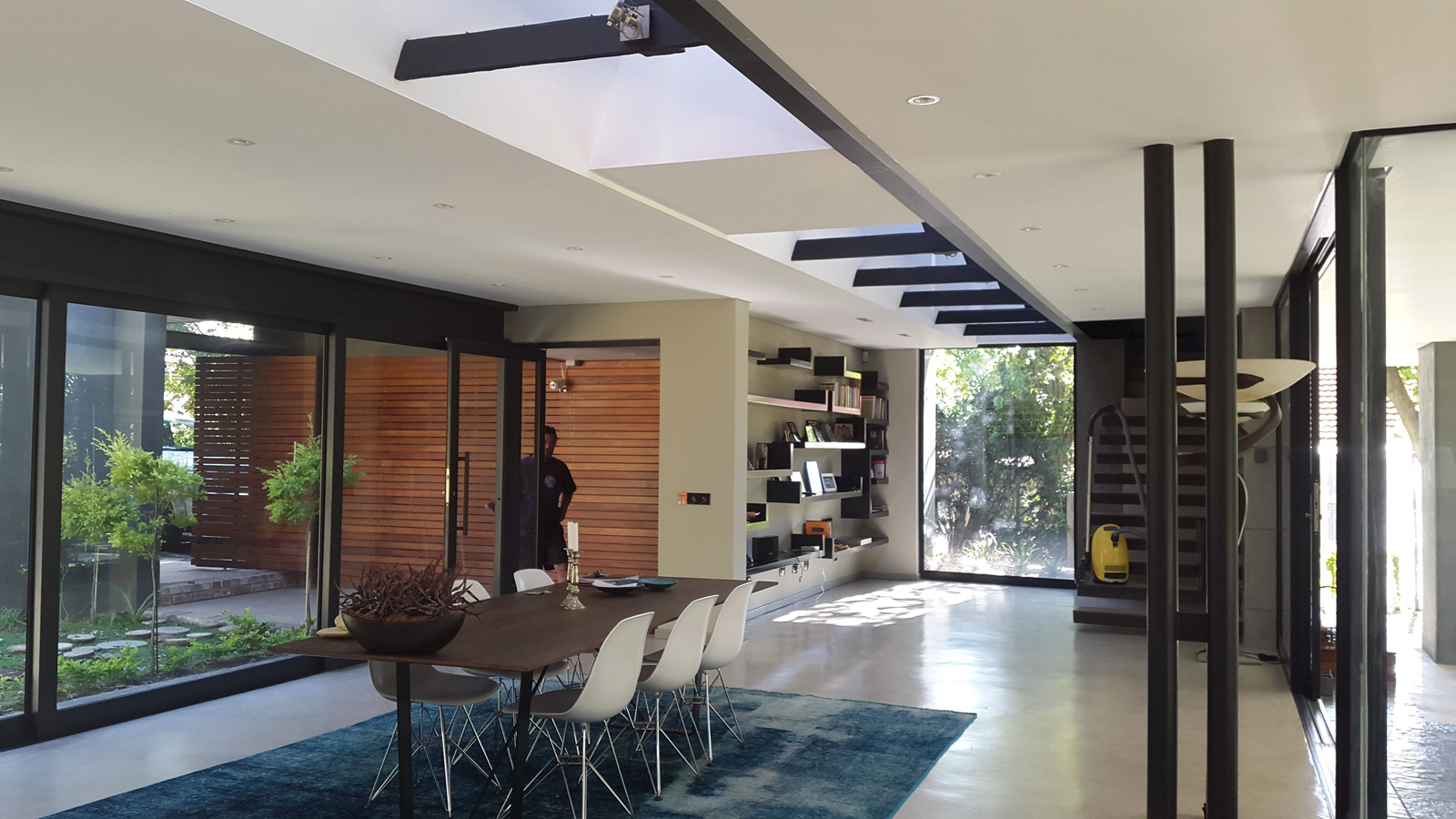 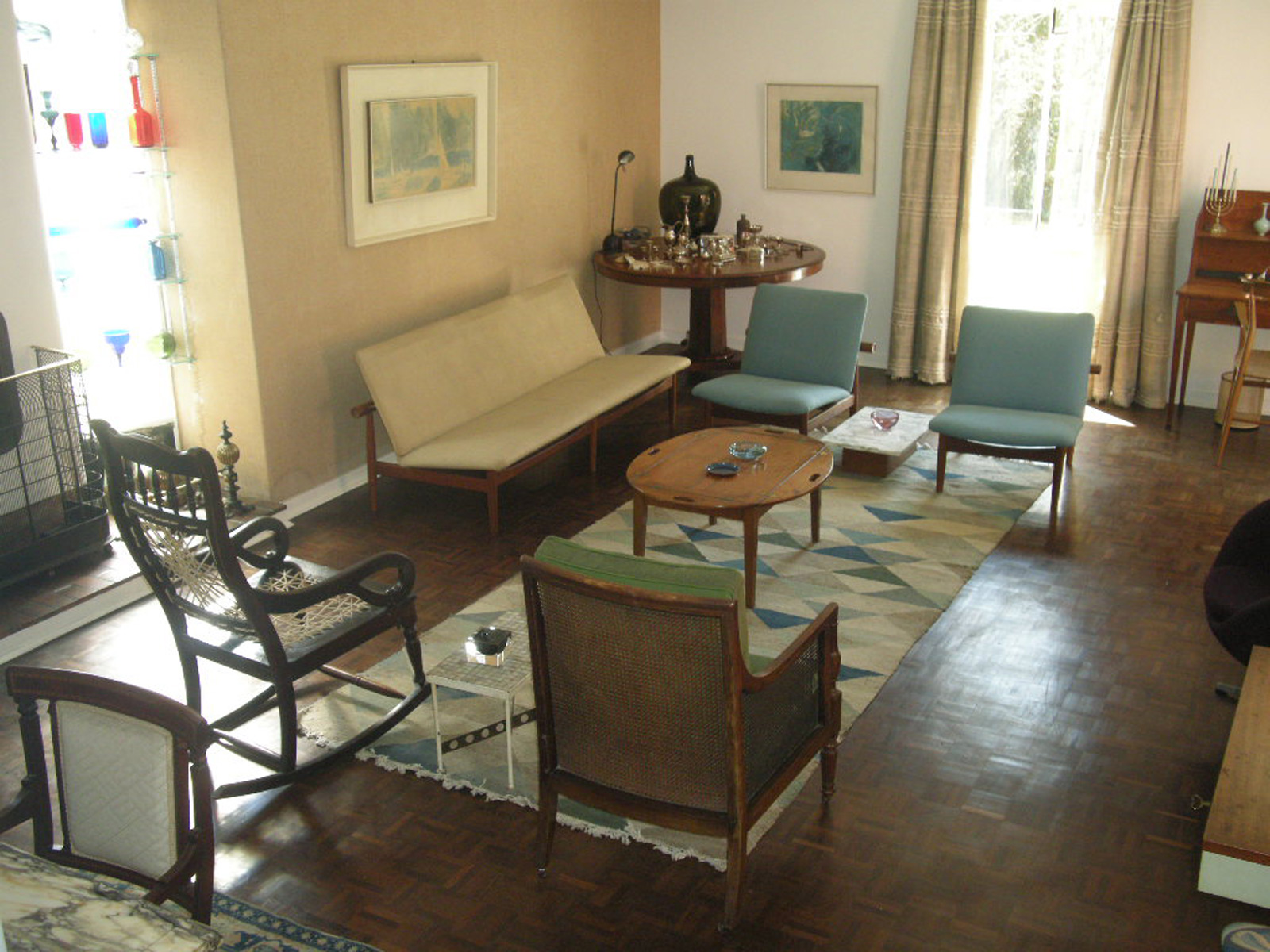 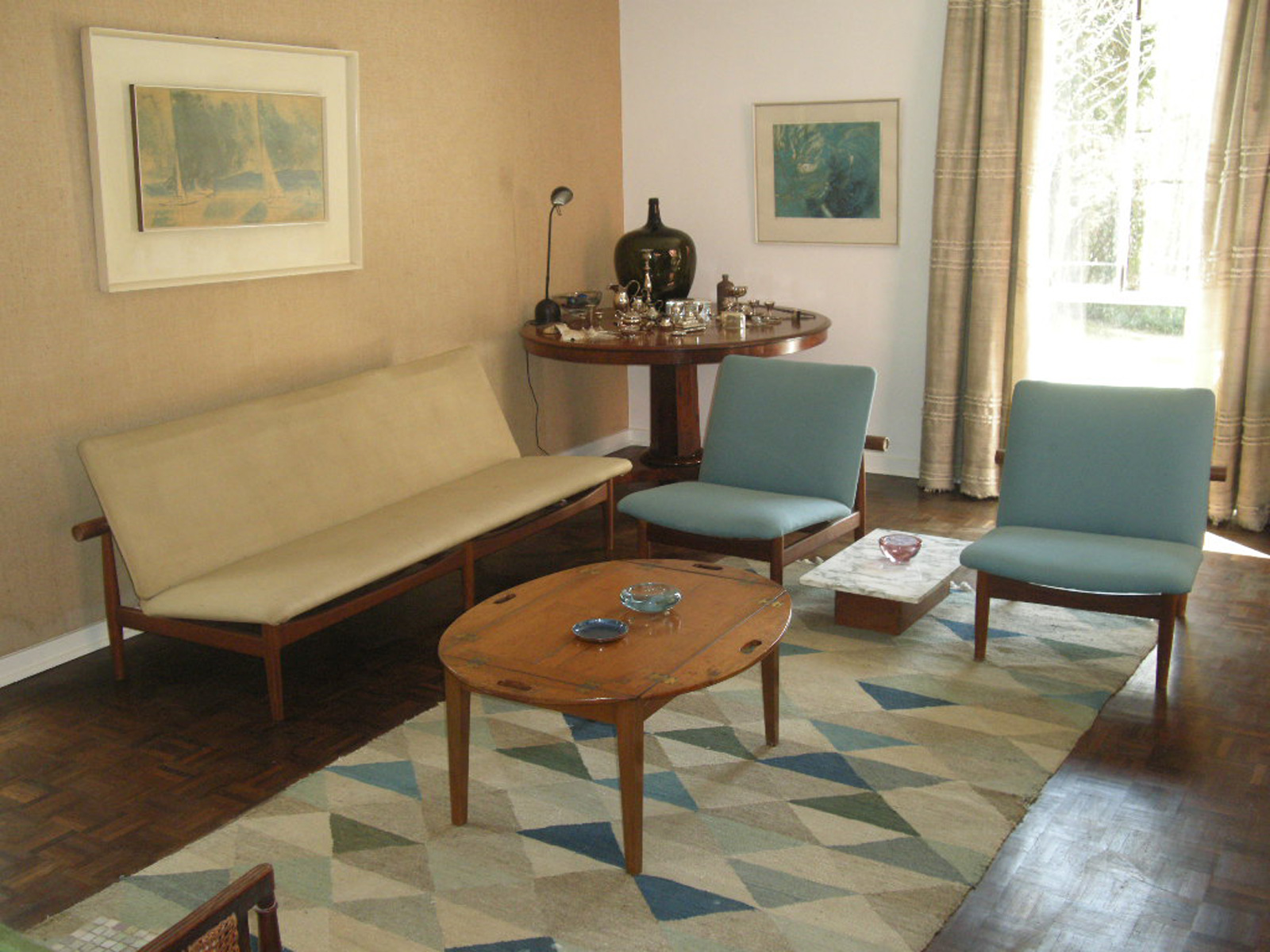 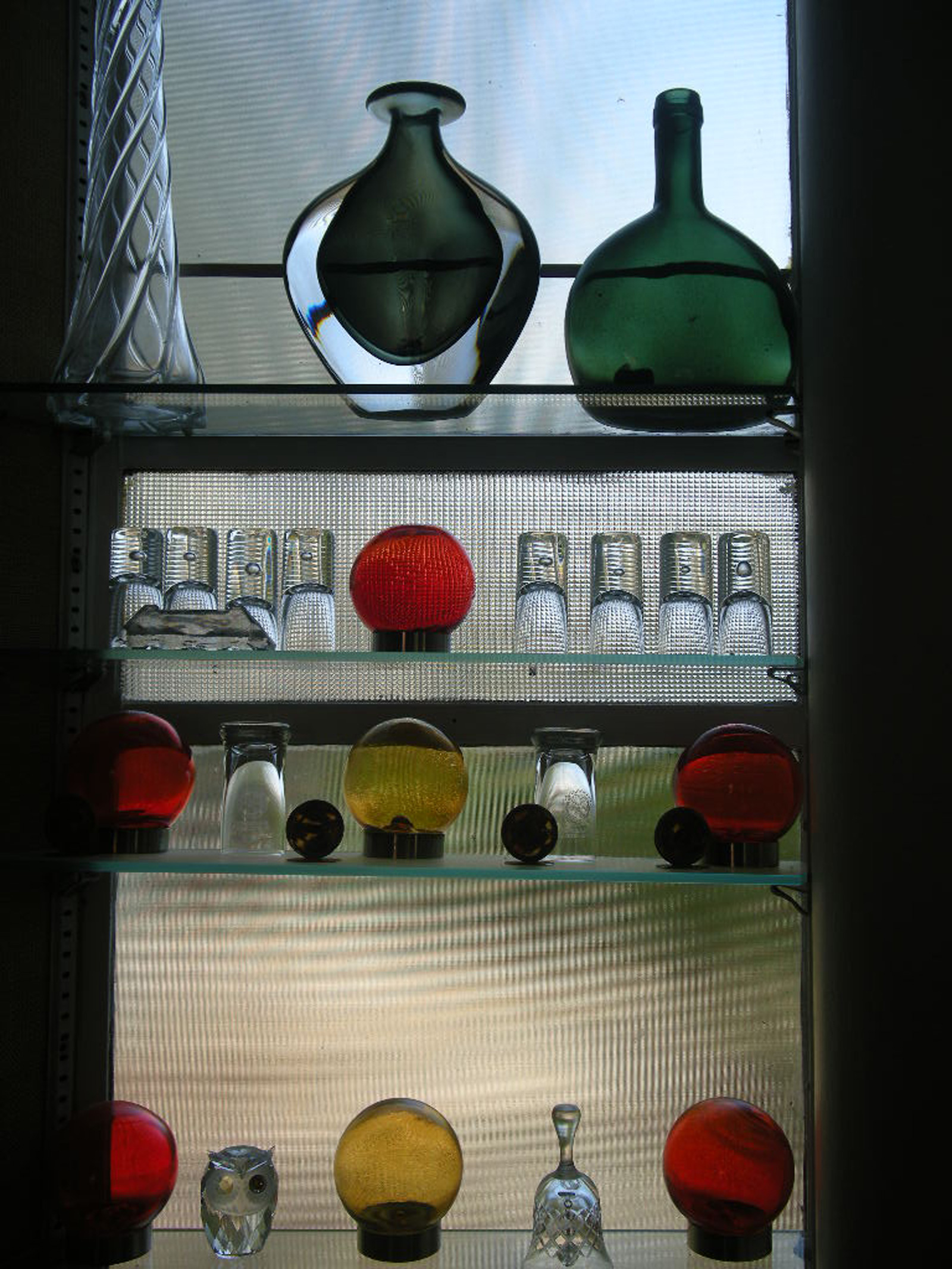 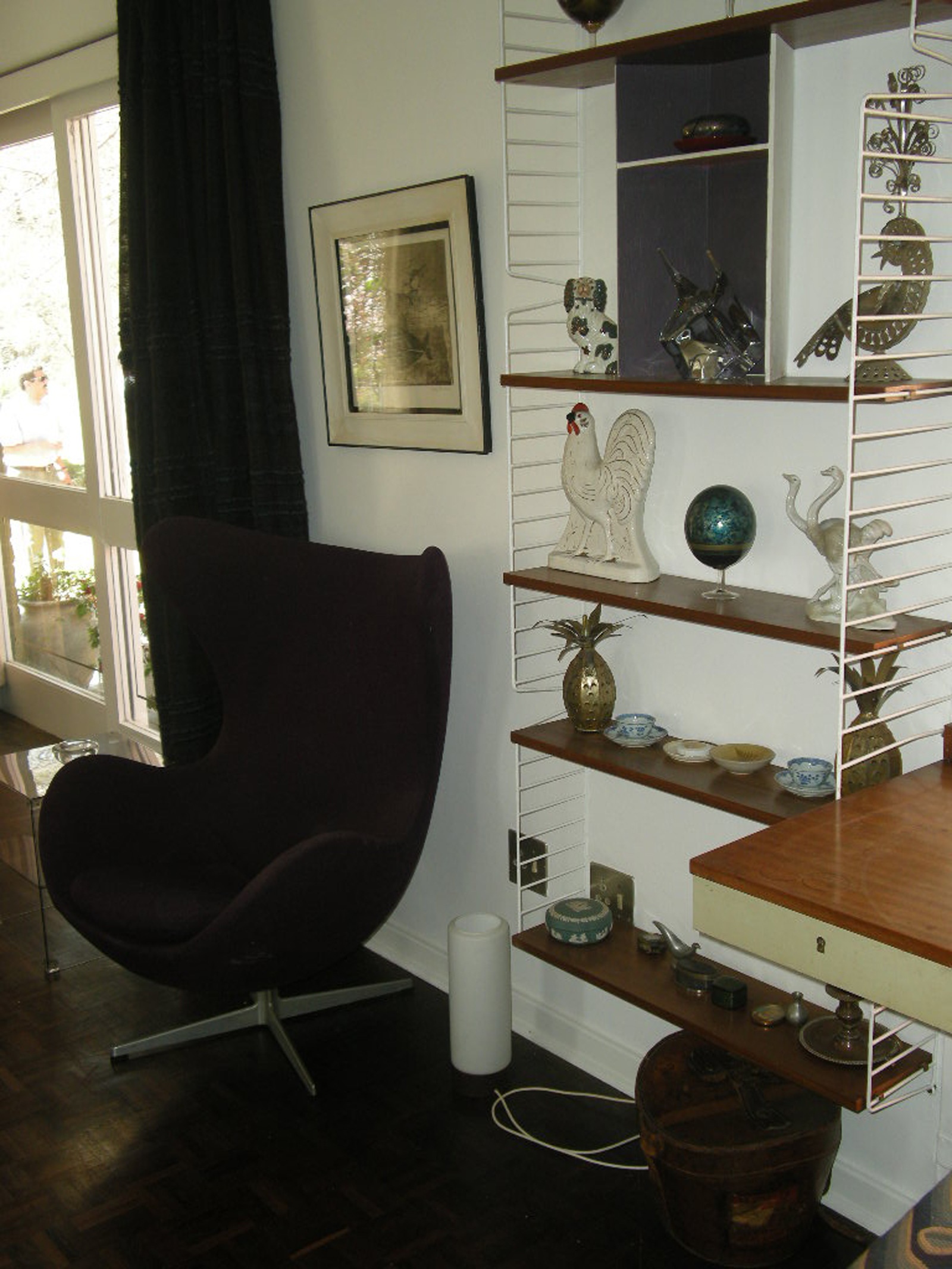 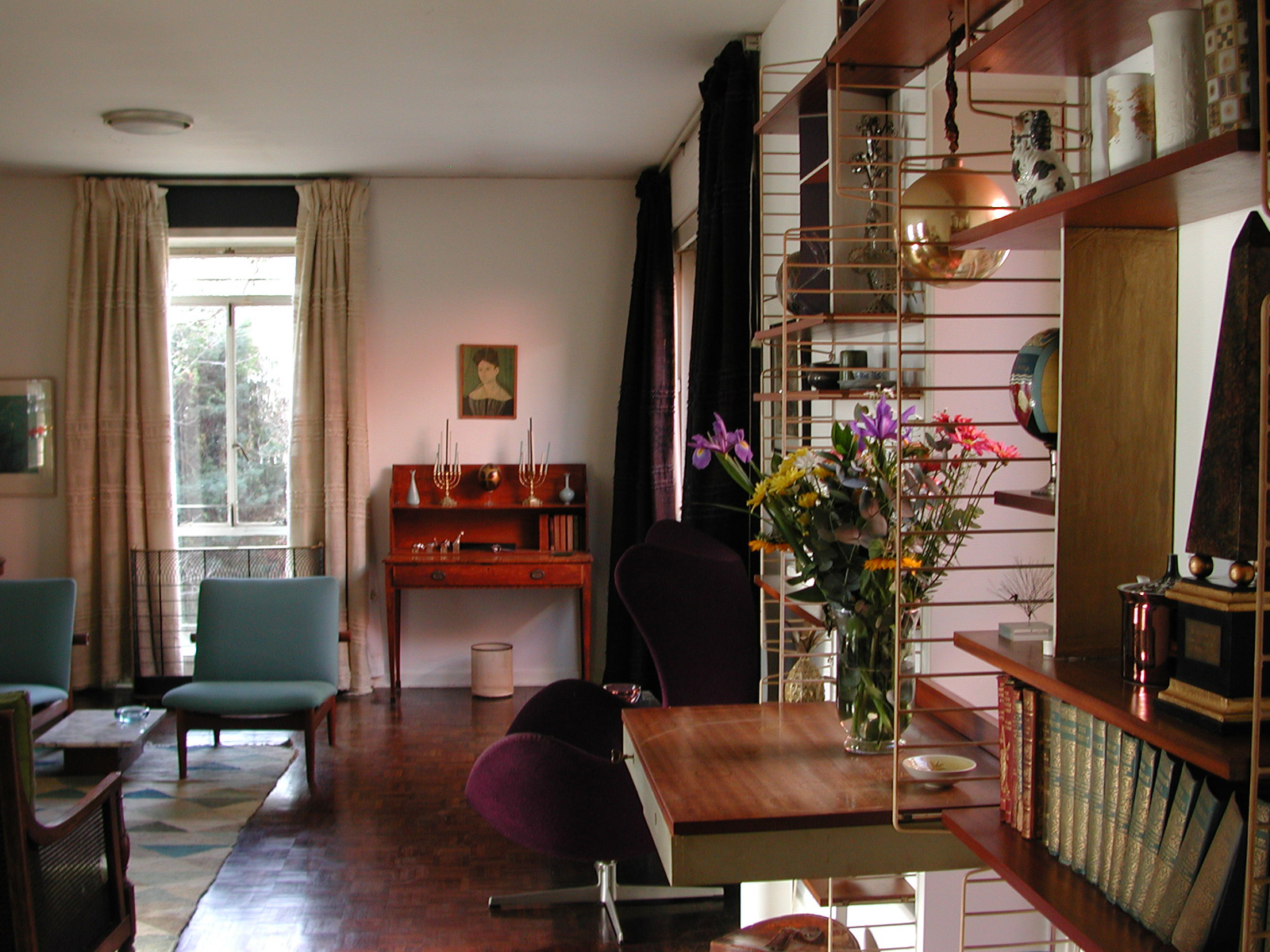 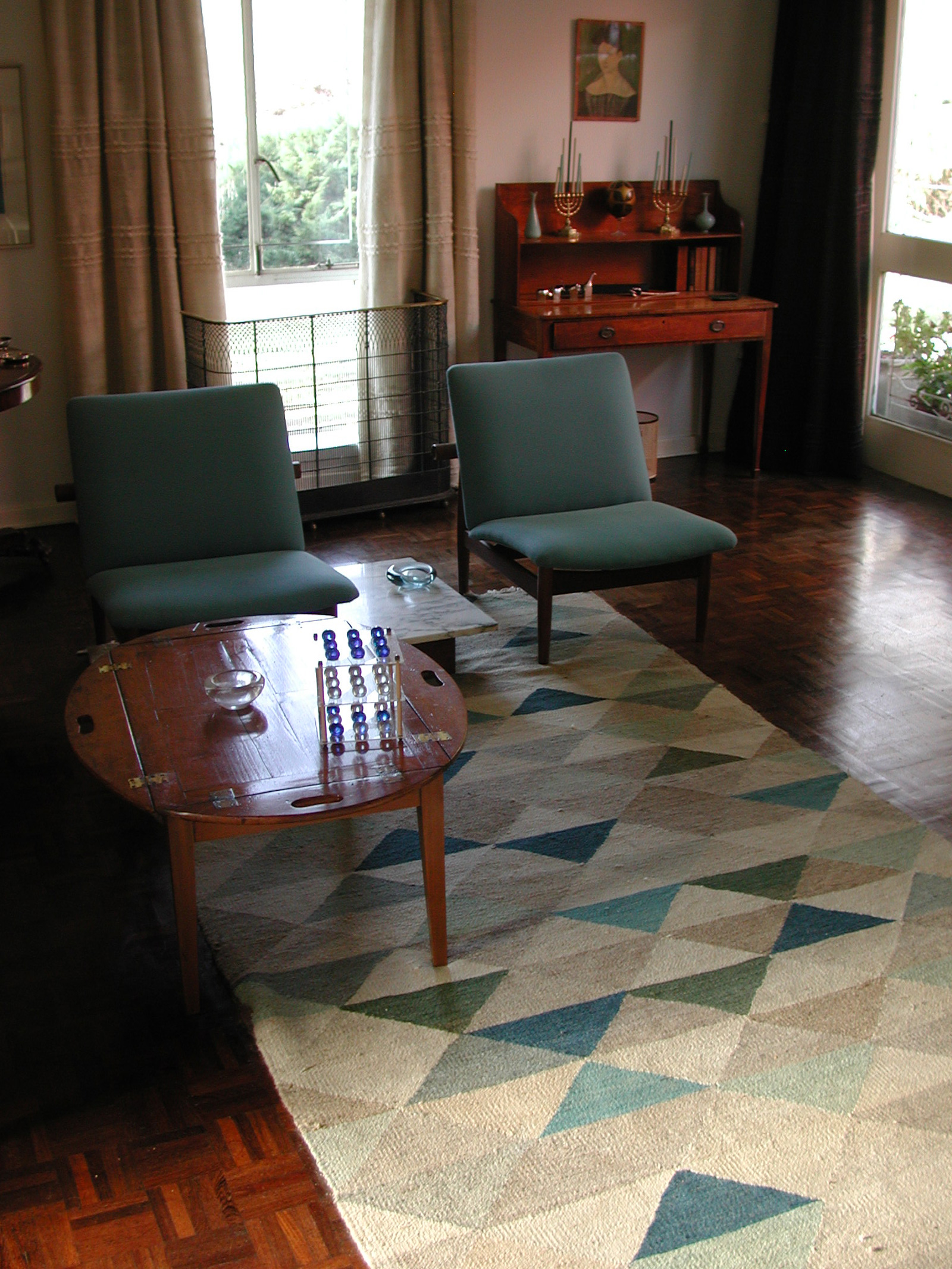 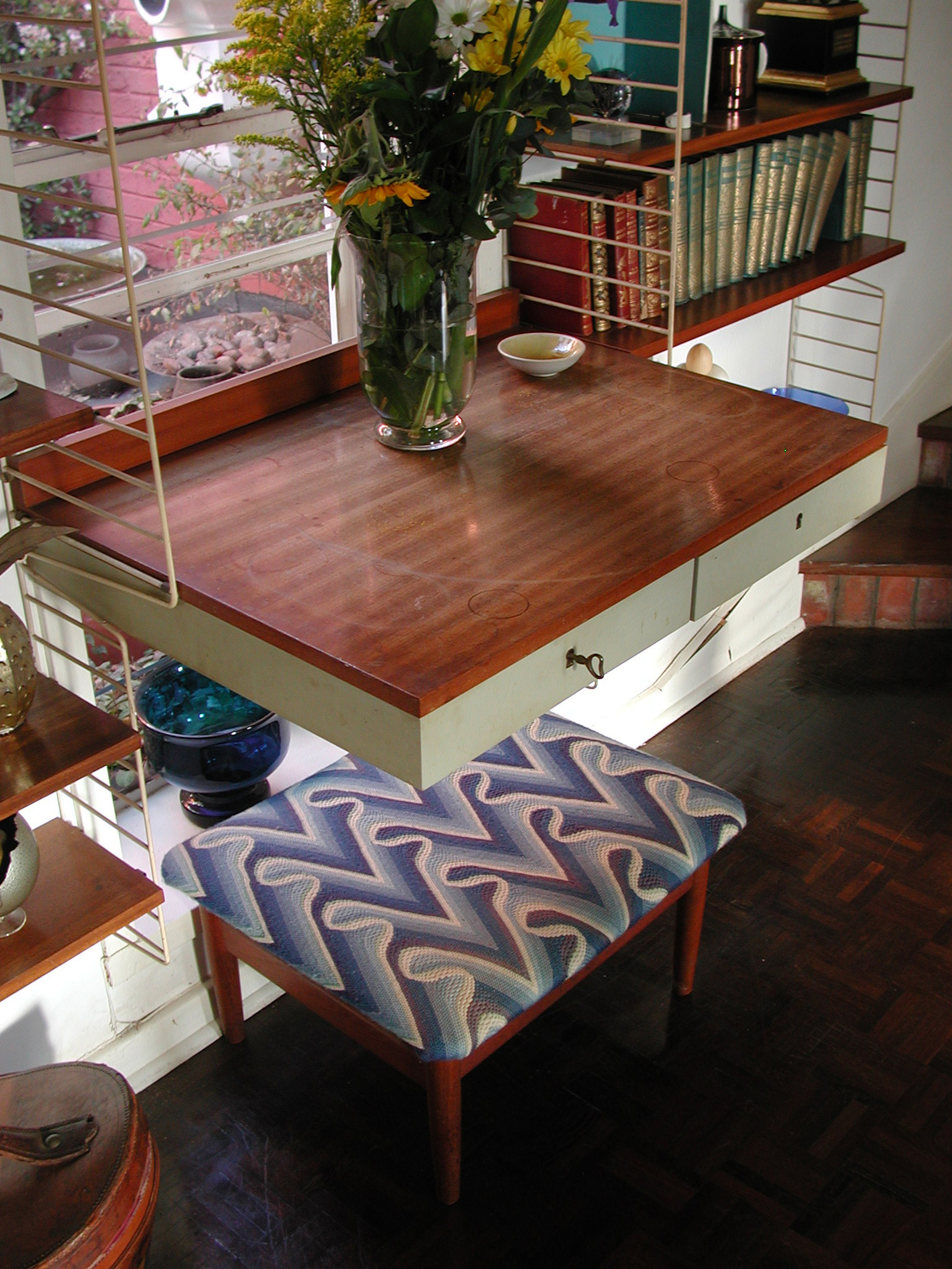 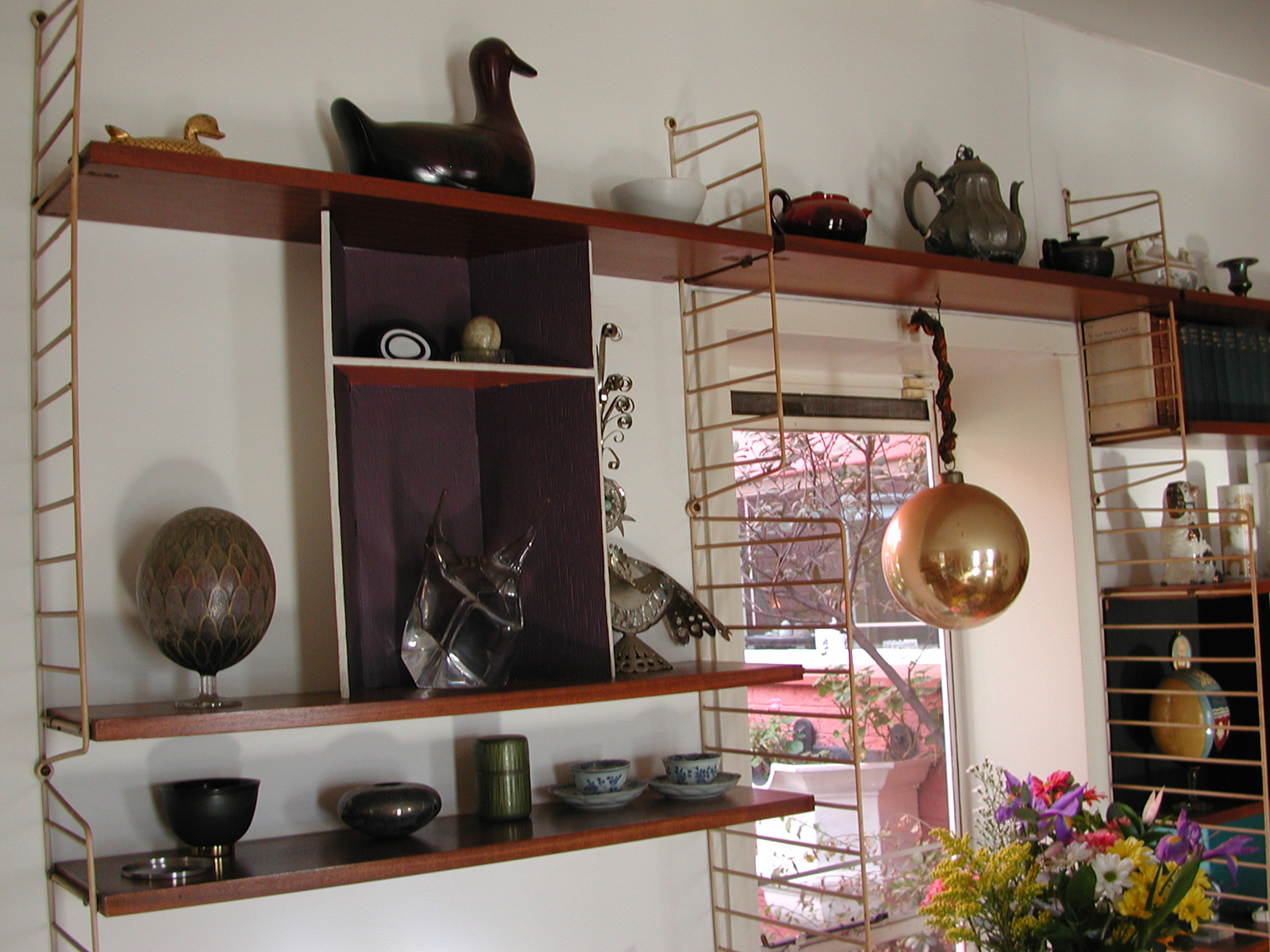 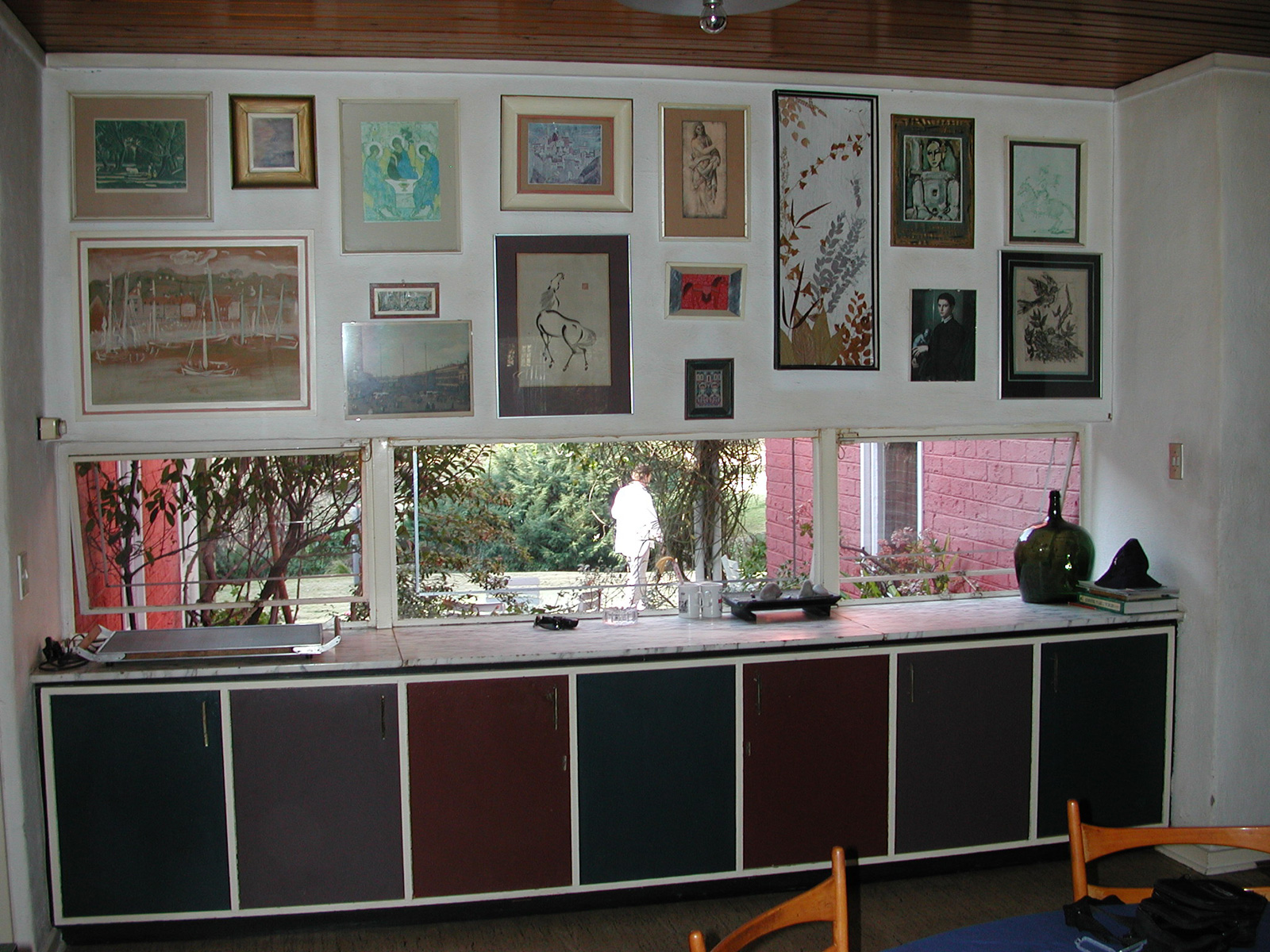 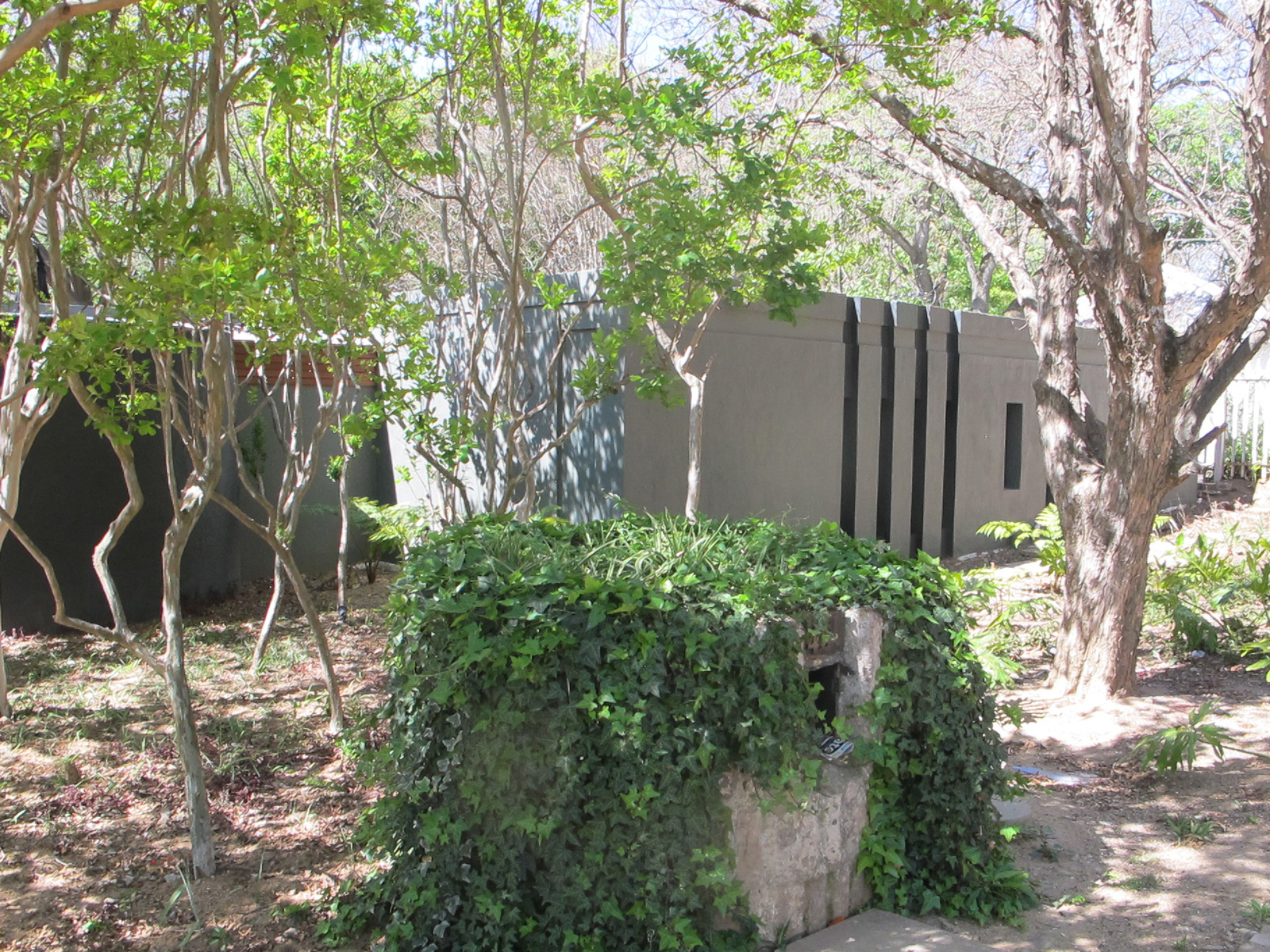 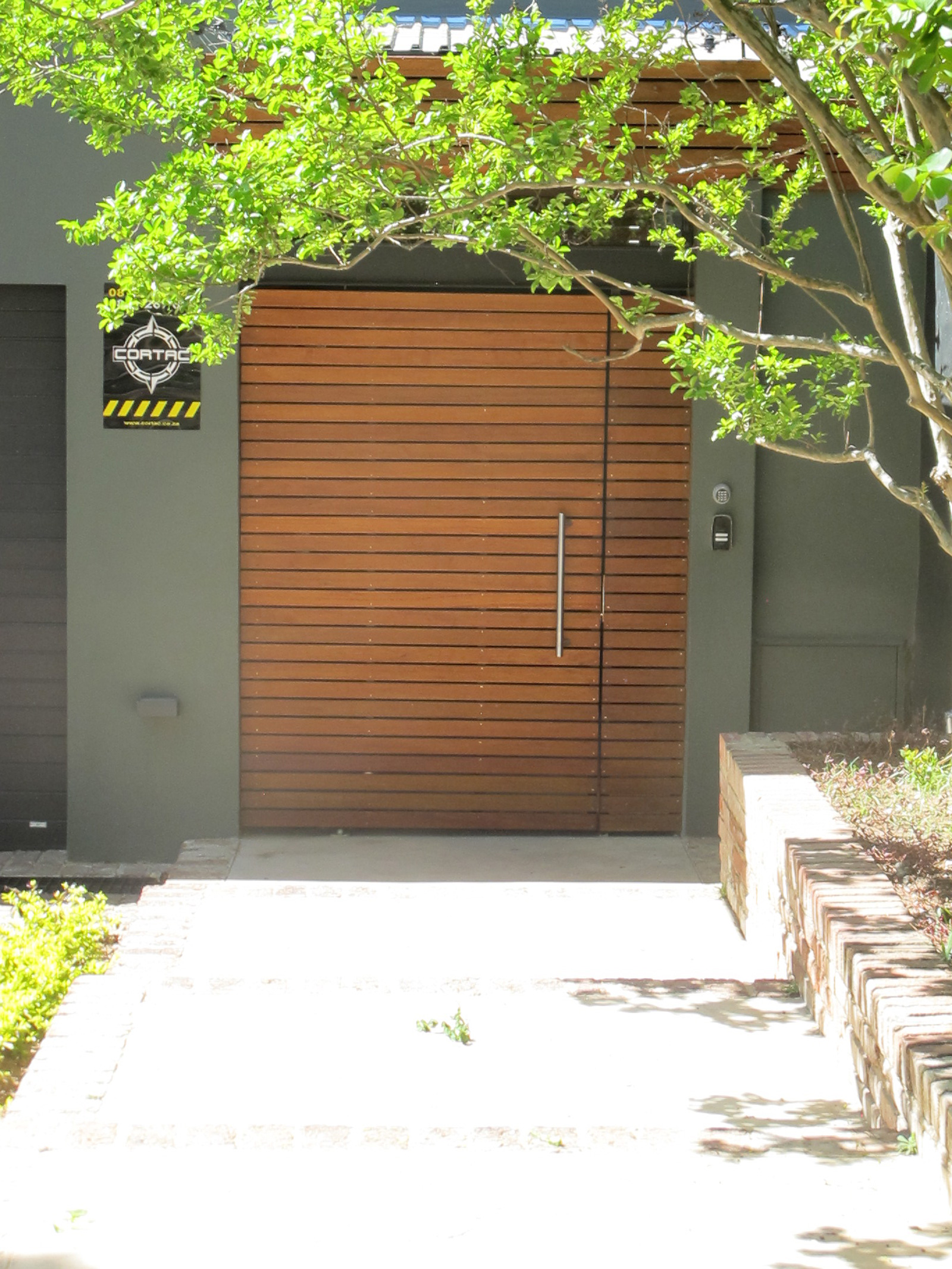 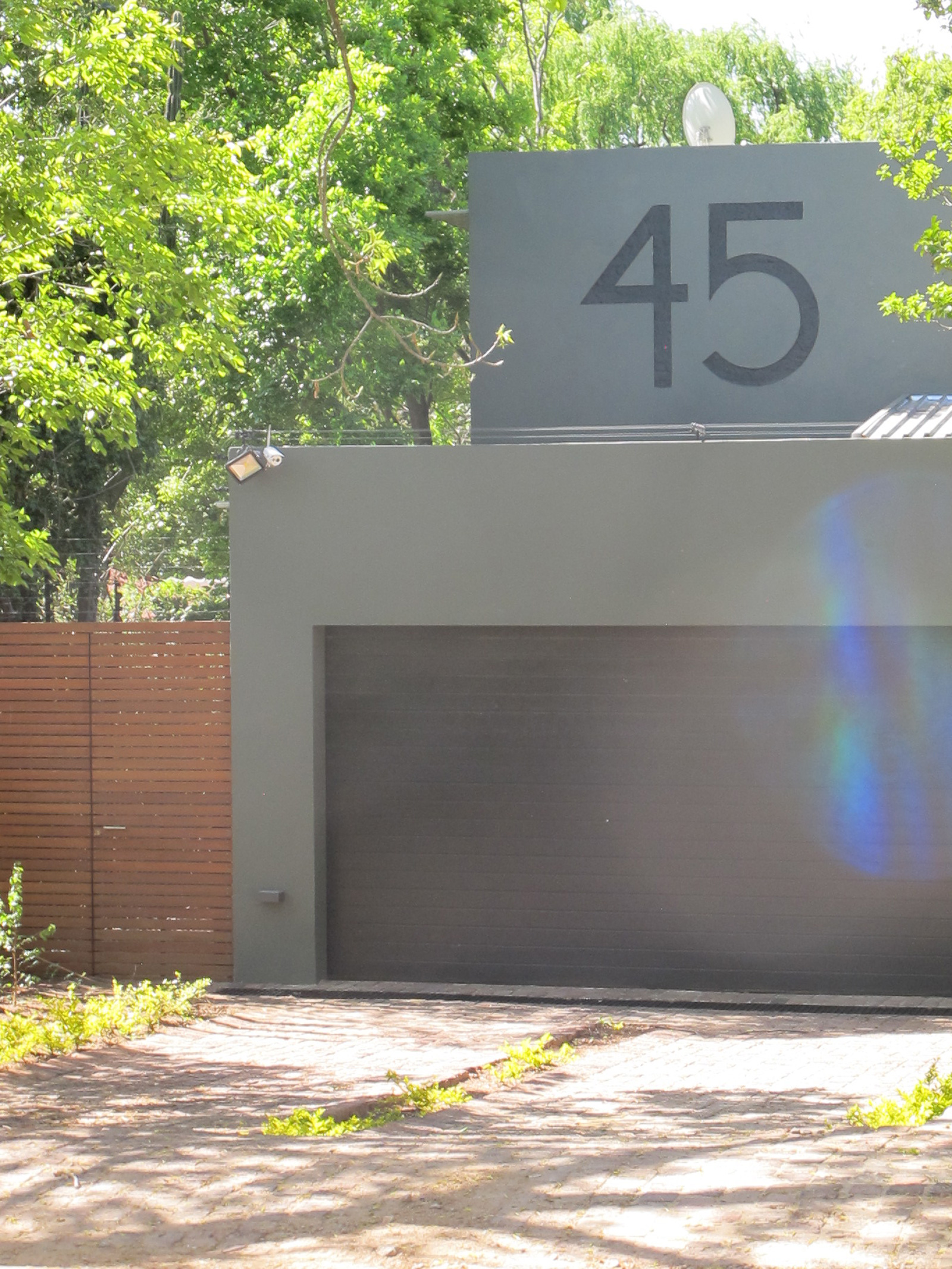 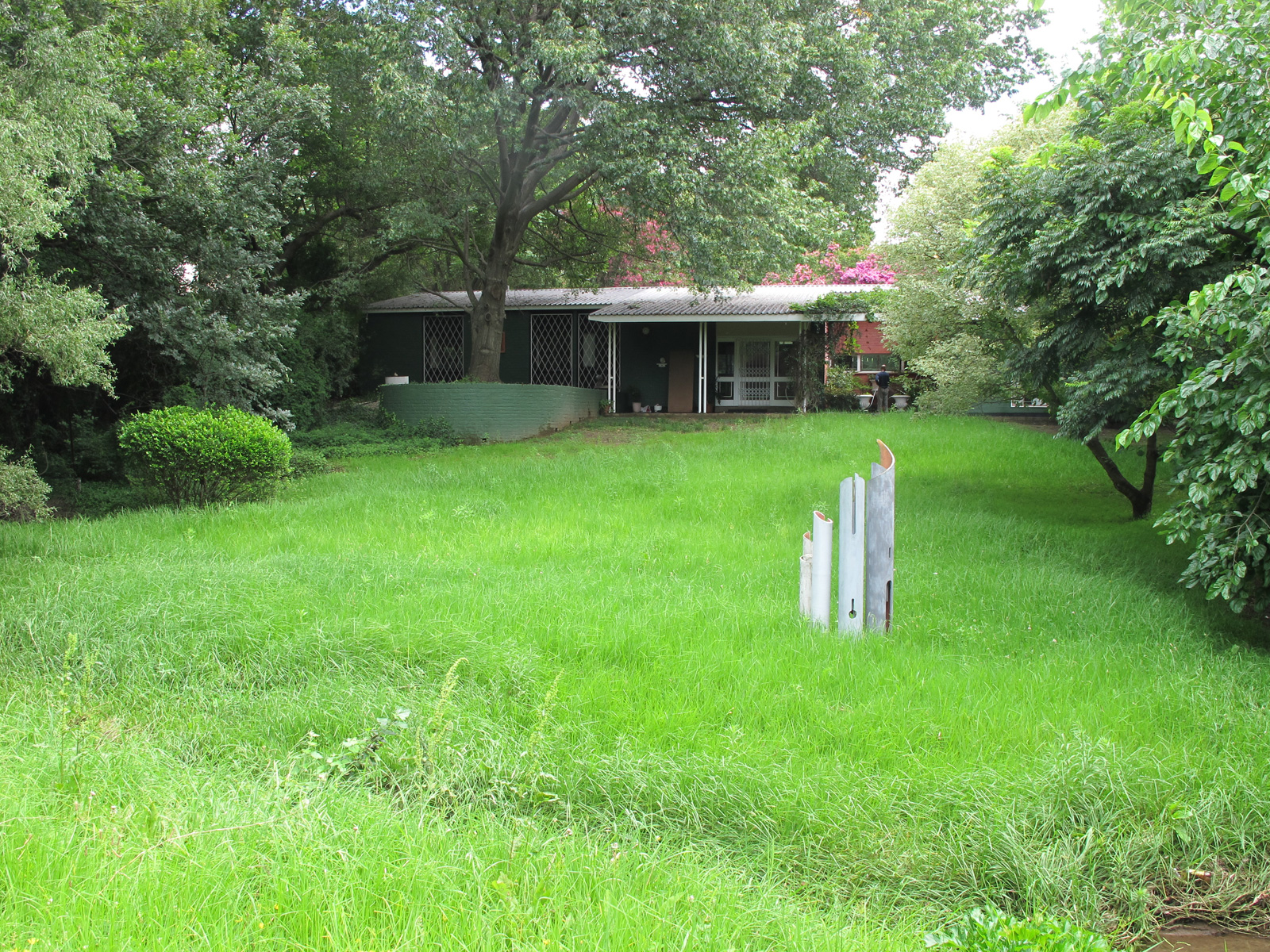 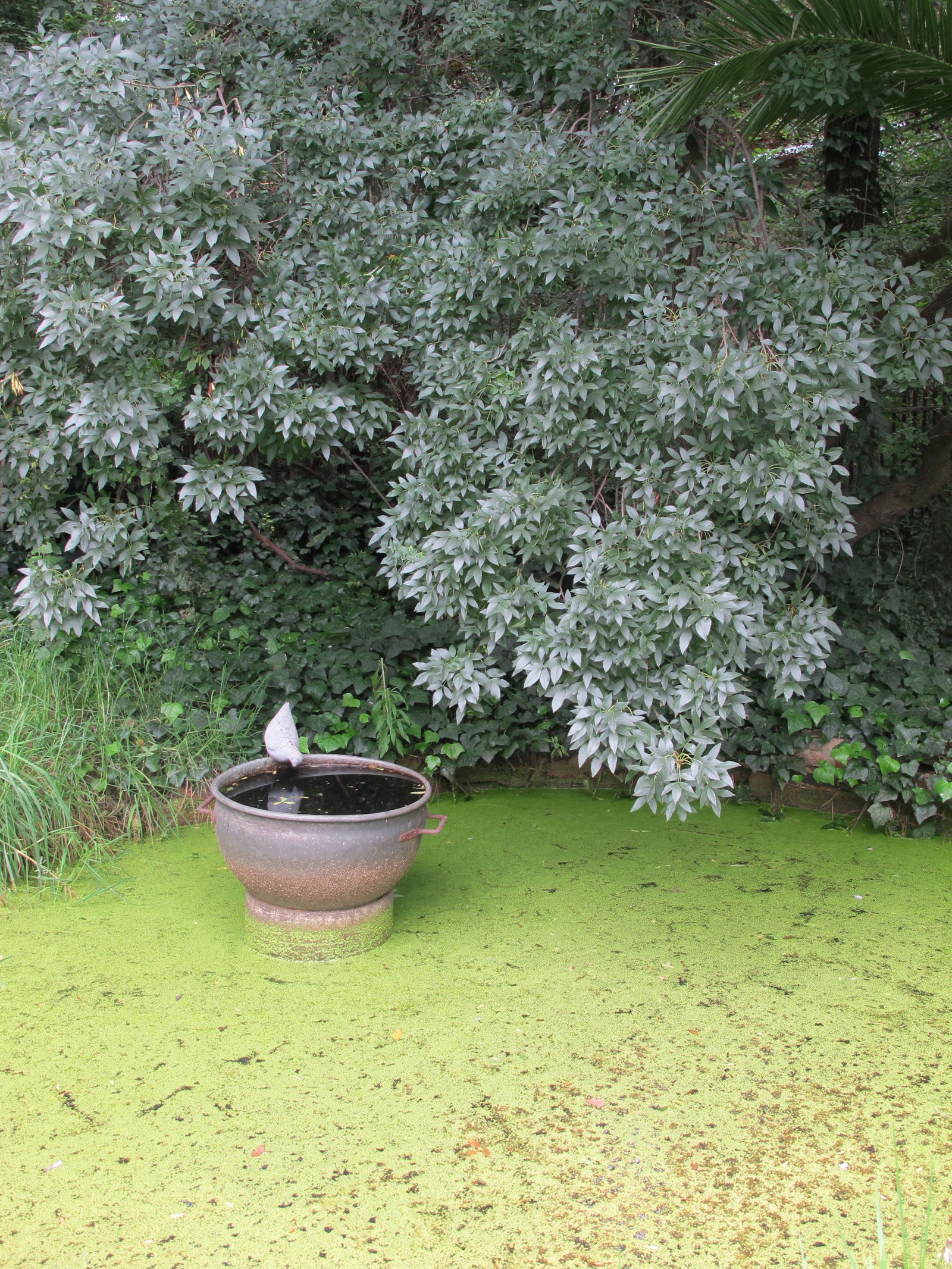 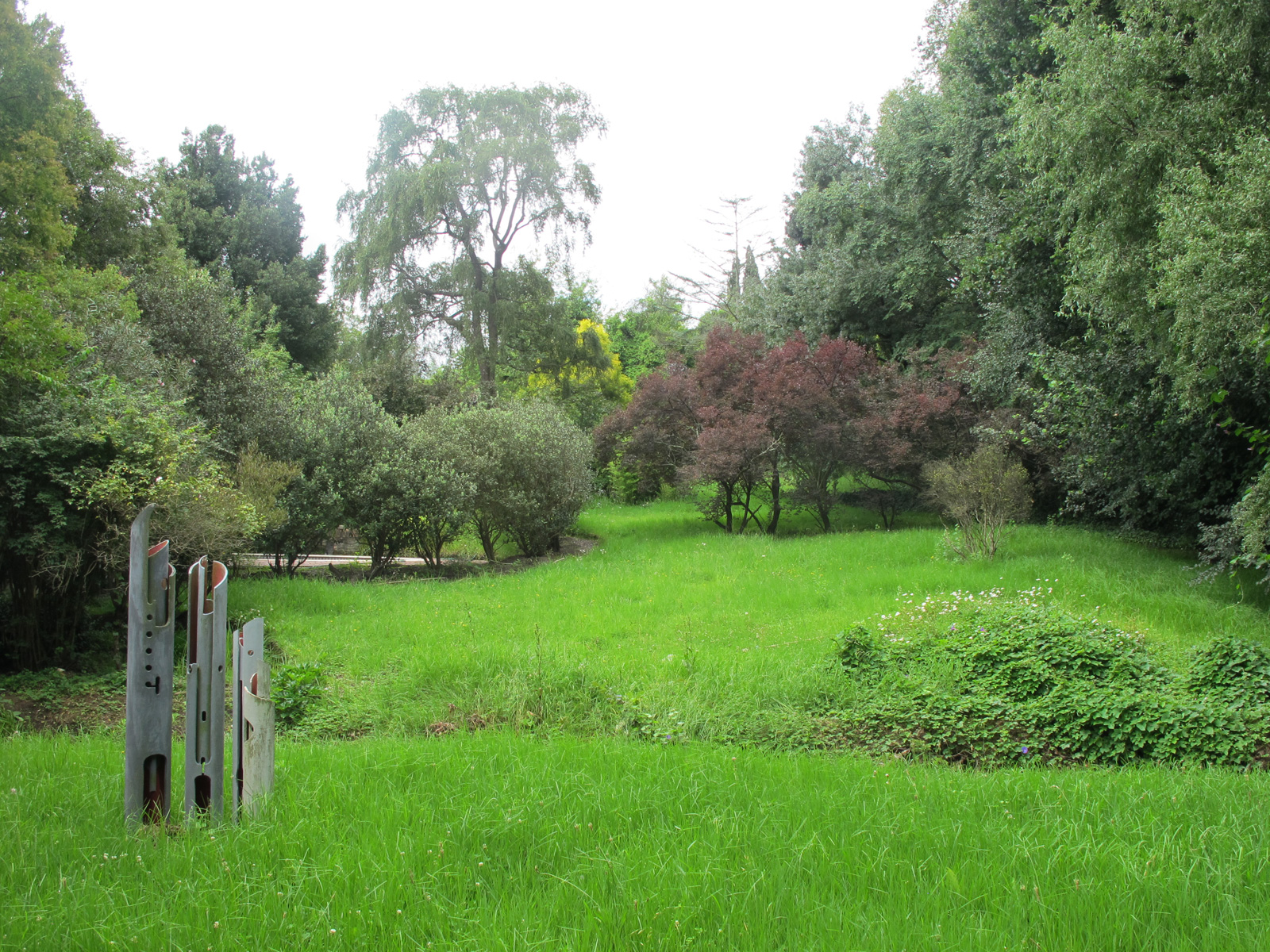