The House on Fire is a hallucinatory performance space excavated into green lawns overlooking the subtropical rolling cane fields of Swaziland’s Ezulwini Valley. Sarah was commissioned in 1999 by Jiggs Thorne to design a performance space which would ally itself to his newly built shop in which fantastical artworks made by local artists were for sale. The performance space was originally envisaged to hold 350 people, and part of its function was to be a space for “performative work”. Part of the design challenge was to site the space in such a way that the incredibly open and beautiful views over the landscape from the neighbouring restaurant and bar would not be compromised.

The next time Sarah got back to Swaziland, the House on Fire had exploded into an expanded riot of sculpture, decoration and inventive architectural measures built around the original curvaceous amphitheatre. Today space is routinely filled by 500 people on a bi-weekly basis, as well as holding the annual Bush Fire festival. Currently, we are about to conceive another gorgeous expansion. 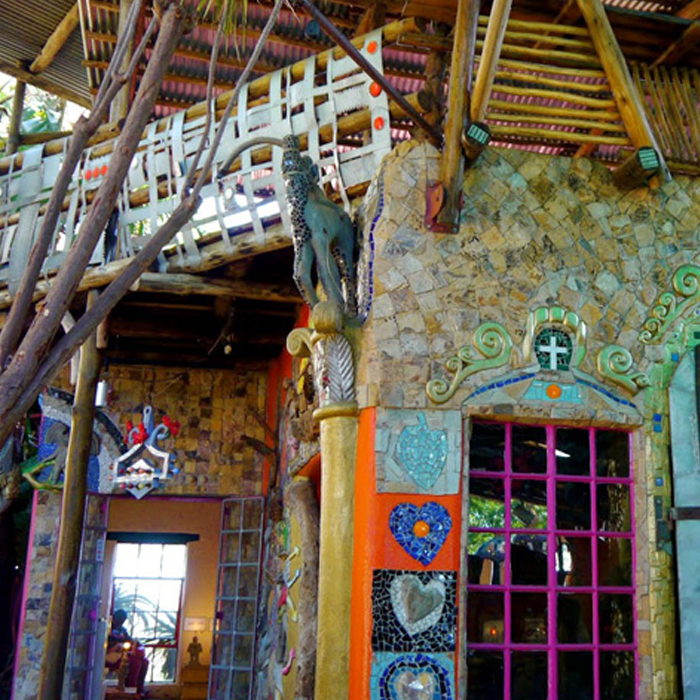 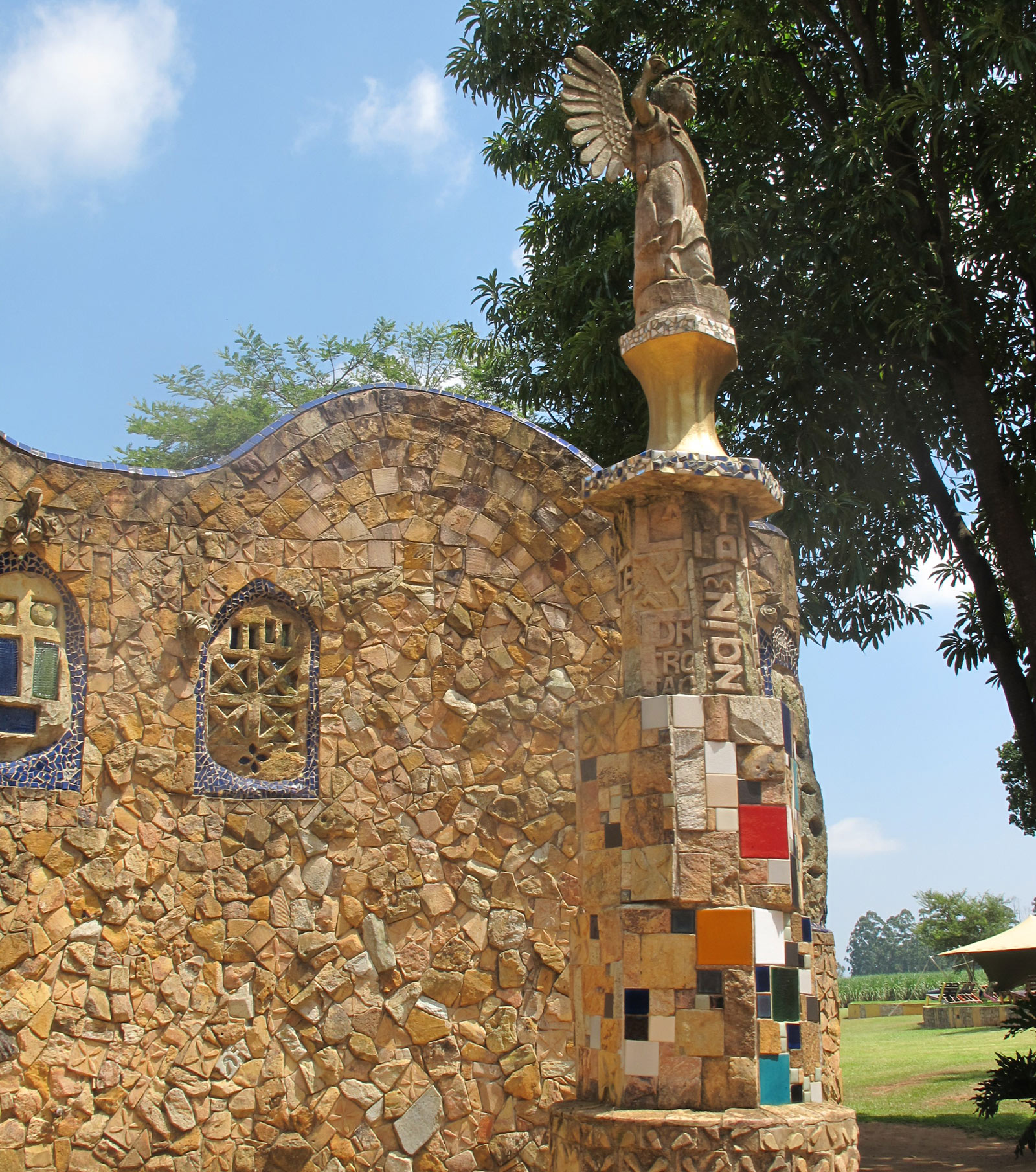 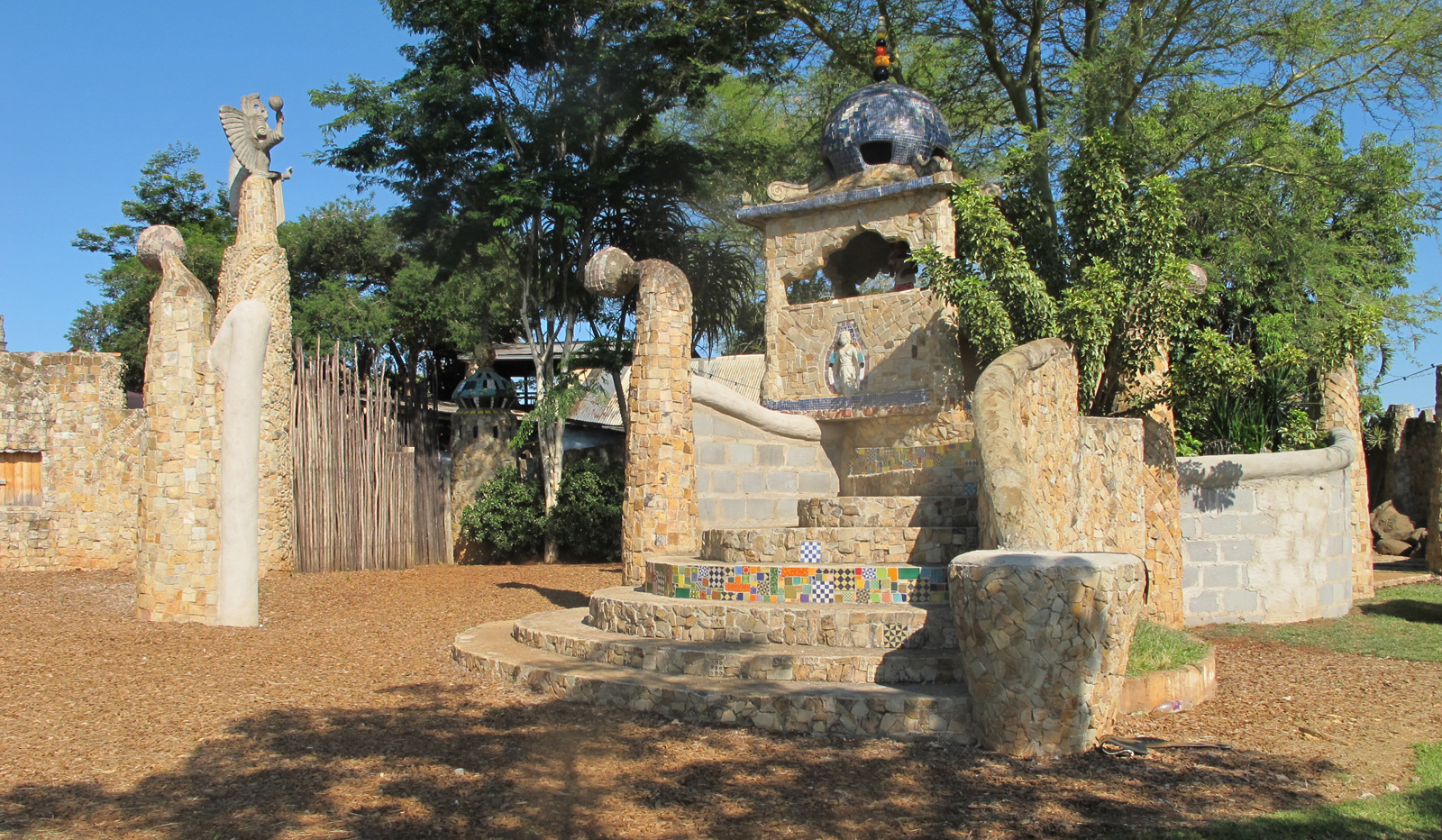 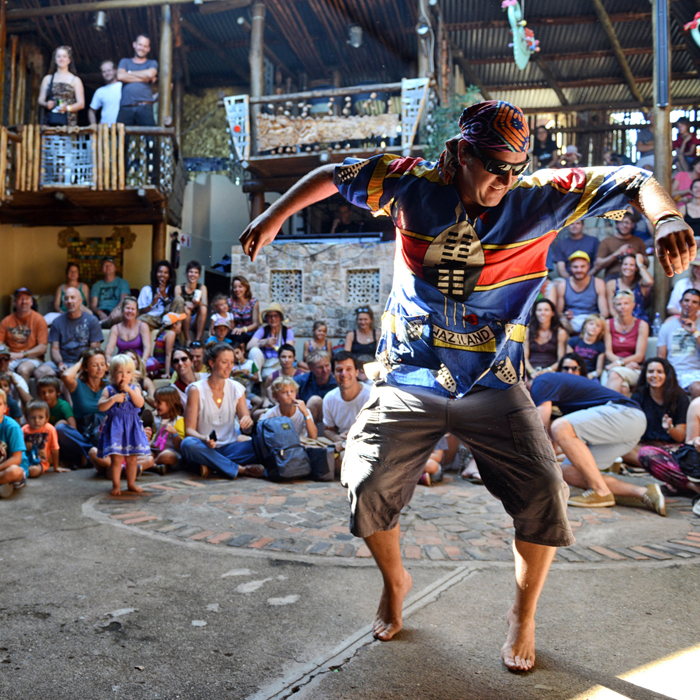