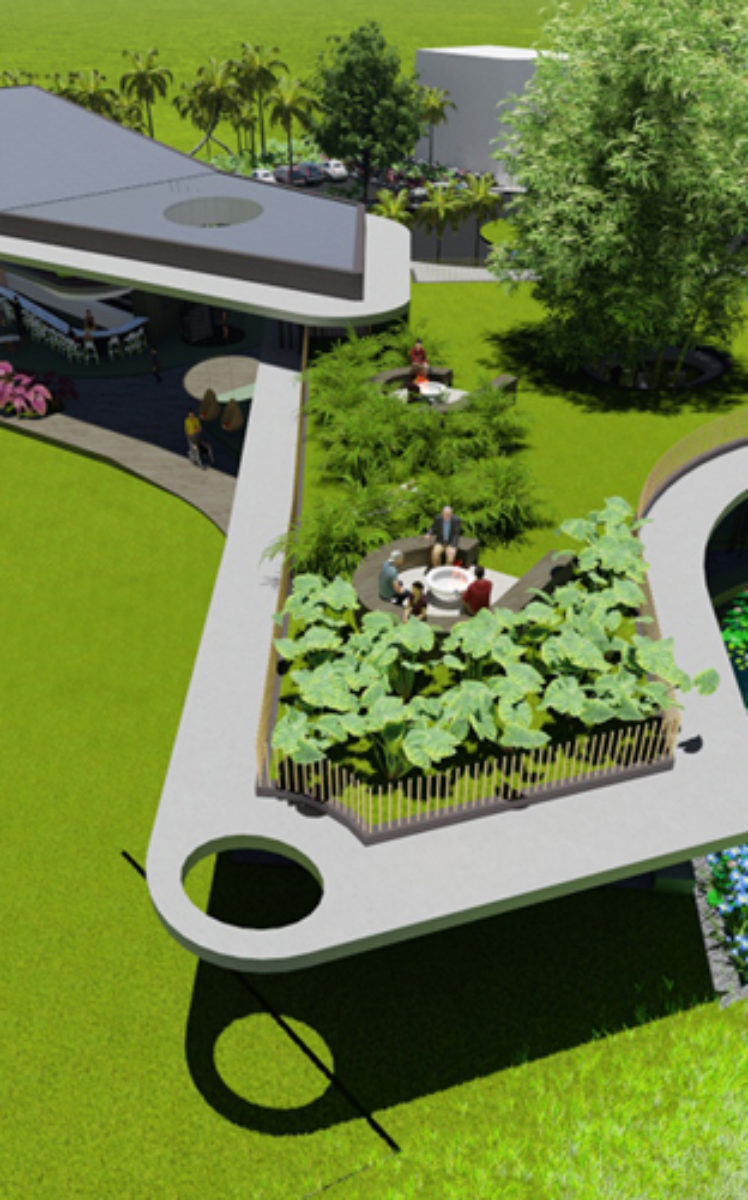 This unbuilt boat club house for one of Saigon’s new satellite cities uses flying overhead forms and curves to create shadowed bar, restaurant and play spaces set into a responsively lush landscape. This building attempts a respite from the hectic ‘skyscrapers in formation’ and endlessly repetitive house models of these intense new Vietnamese cities. 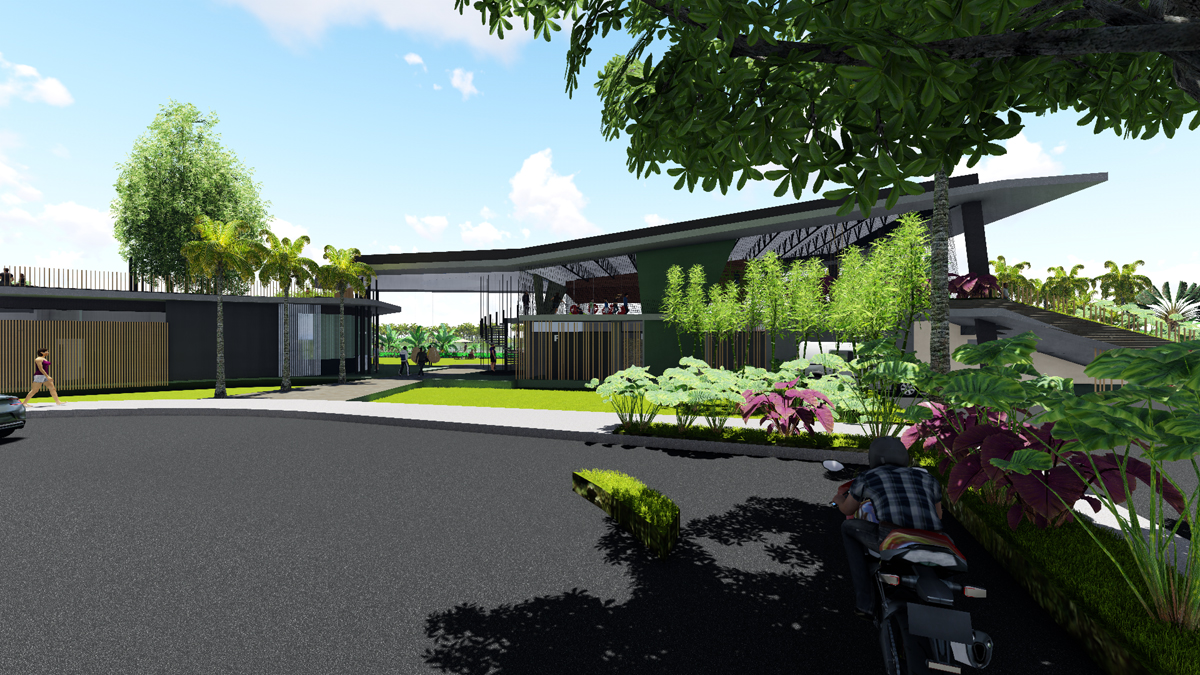 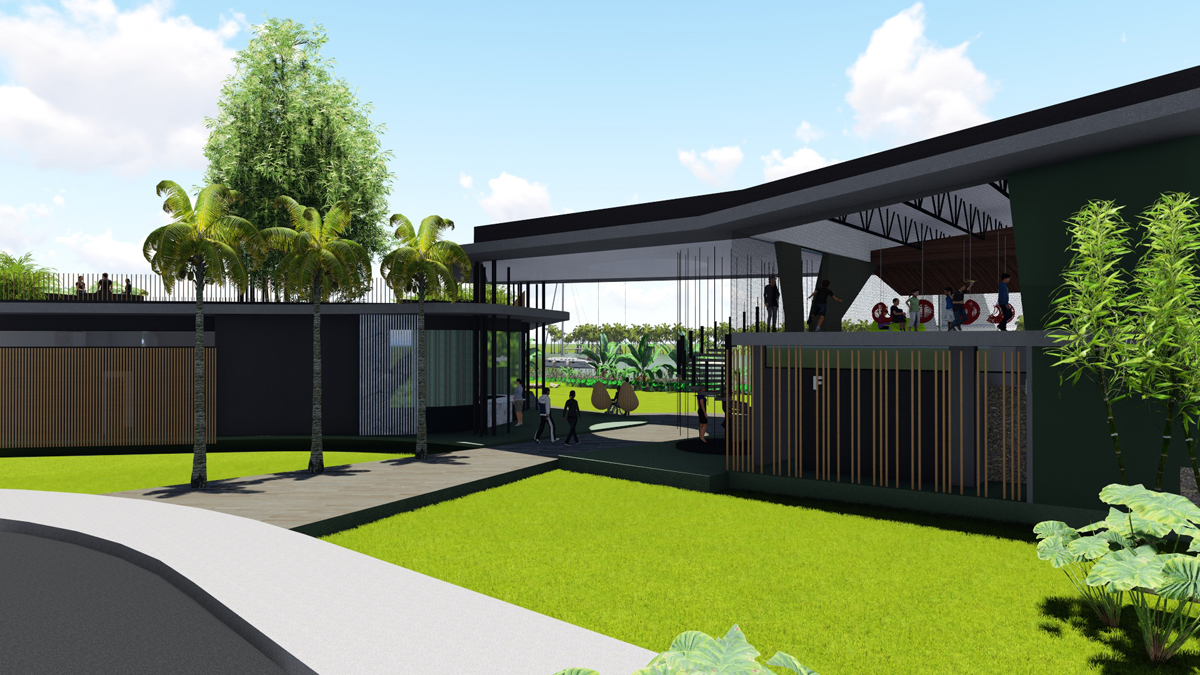 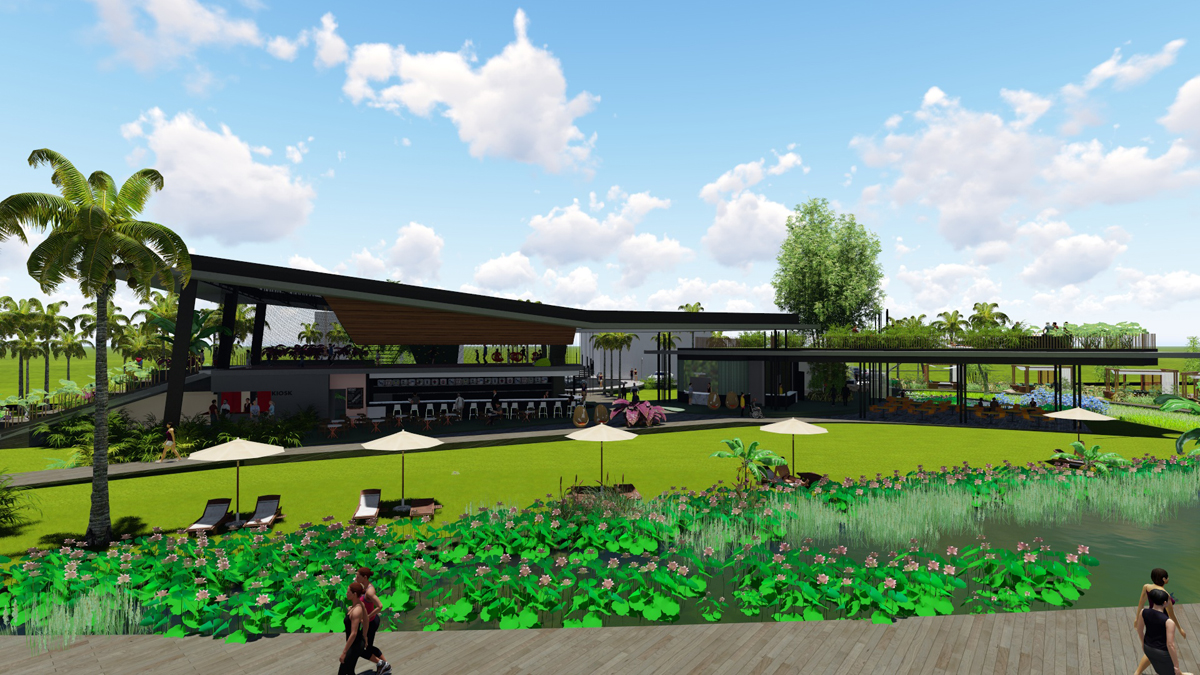 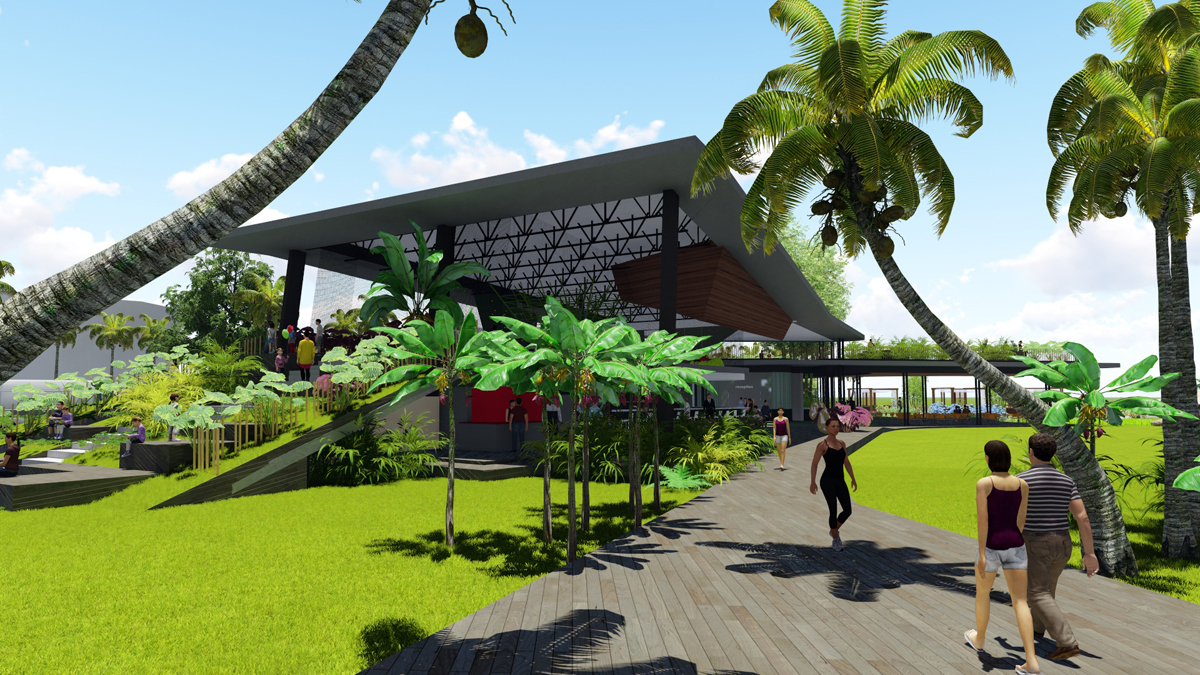 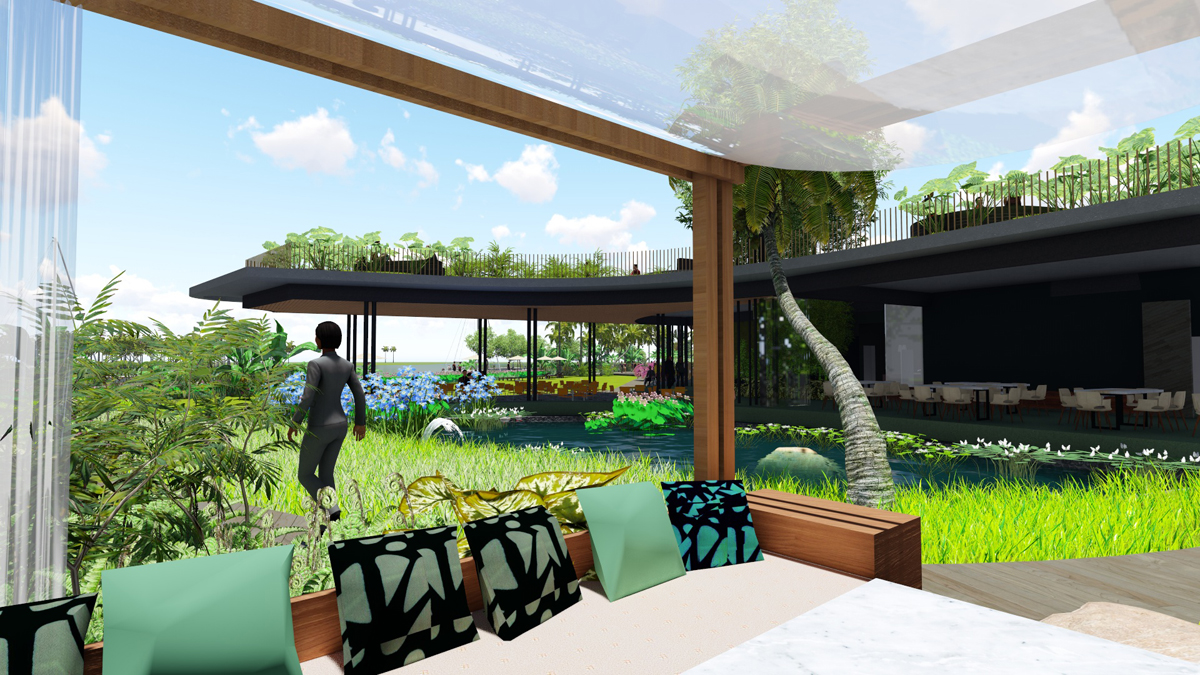 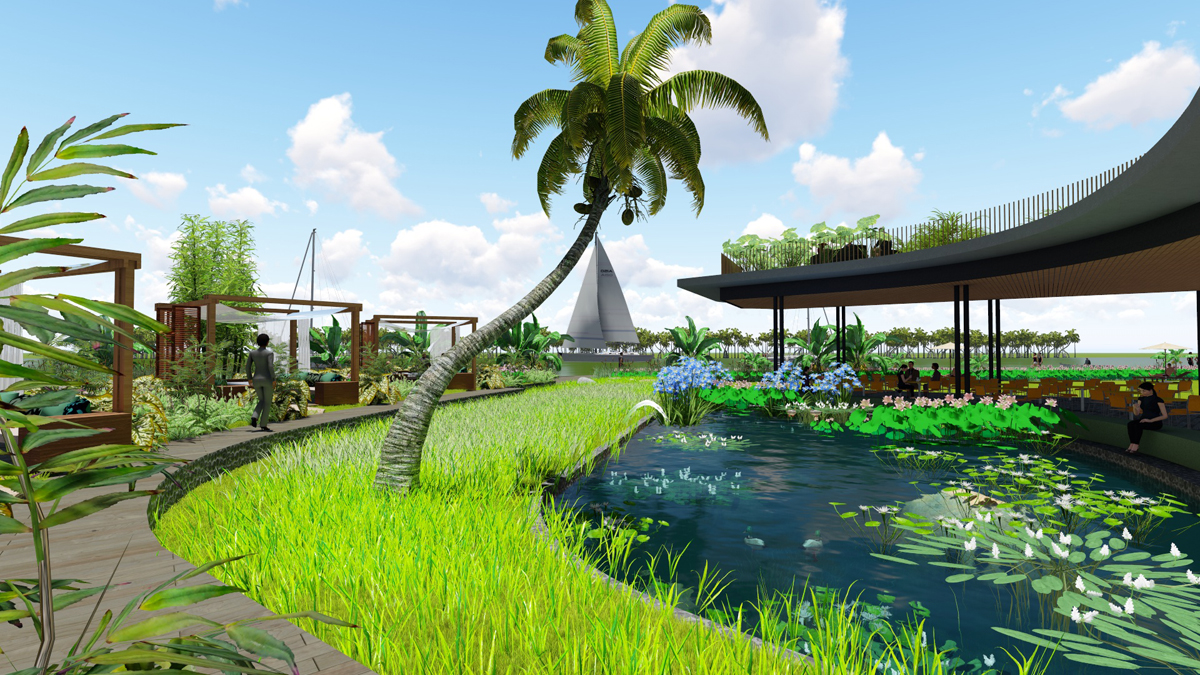 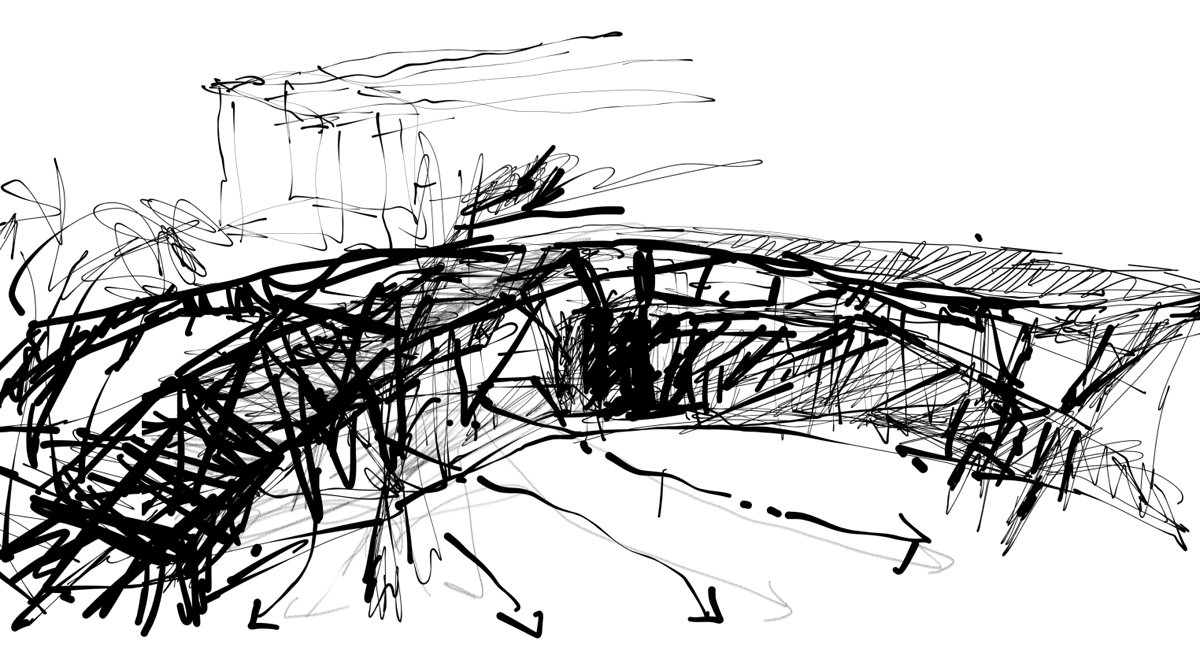 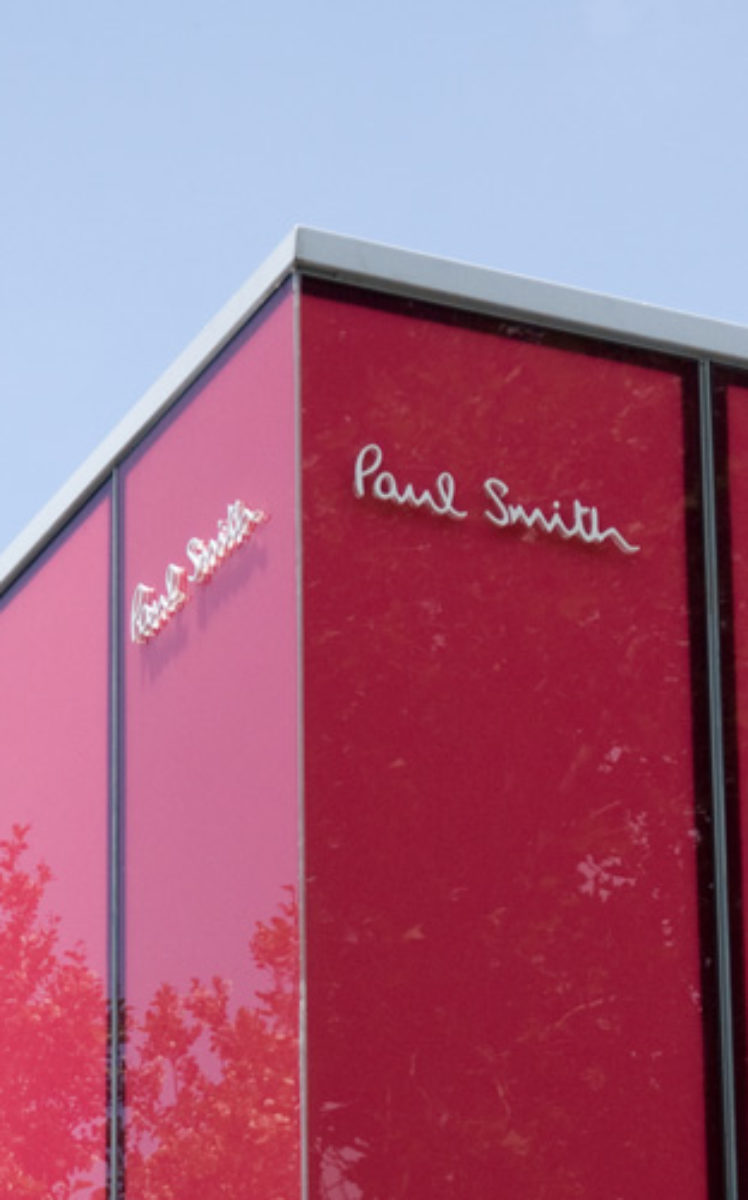 The Johannesburg shop took the singular decision to exist outside of a mall environment, as Paul Smith shops have traditionally re-used street-side buildings to create a somewhat eccentric urban image.

I was asked, one Friday afternoon, to do a sketch design which Anthony and Richard could take to Paul Smith in London 2 days later. My visceral design response, that Friday afternoon, was to take the roof off this badly altered ‘neo-Georgian’, leave the portico as a small-scale gesture to the street, and to cantilever a large and uncompromising glass container over the top, partially visible through the trees. As we proceeded, the glass became solid pink in reference to the giant pink box of the LA shop, the older cousin of Joburg’s drive-by culture. The structure was resolved as a singular system that kills all birds with one stone, allowing the pink glass box to cantilever off the original shell, floating free.

A culture of Joburg its knowingness, its insider knowledge, its mystique, its twin desires: display and concealment. Its glittering, hard surfaces. Its controlled entries. Its paranoia. Its hidden, and lush interiors; its mania for branding. This building treats these things. 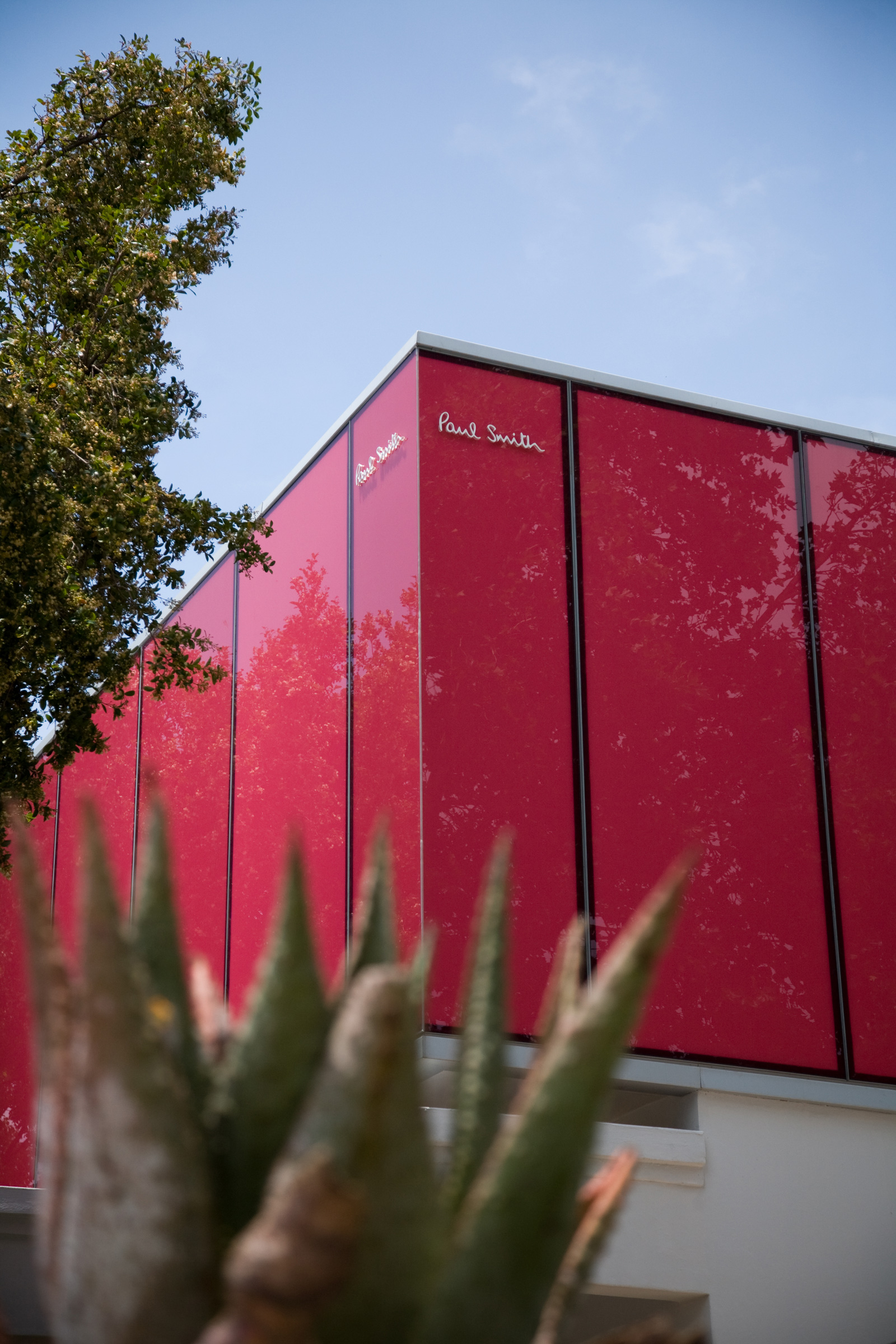 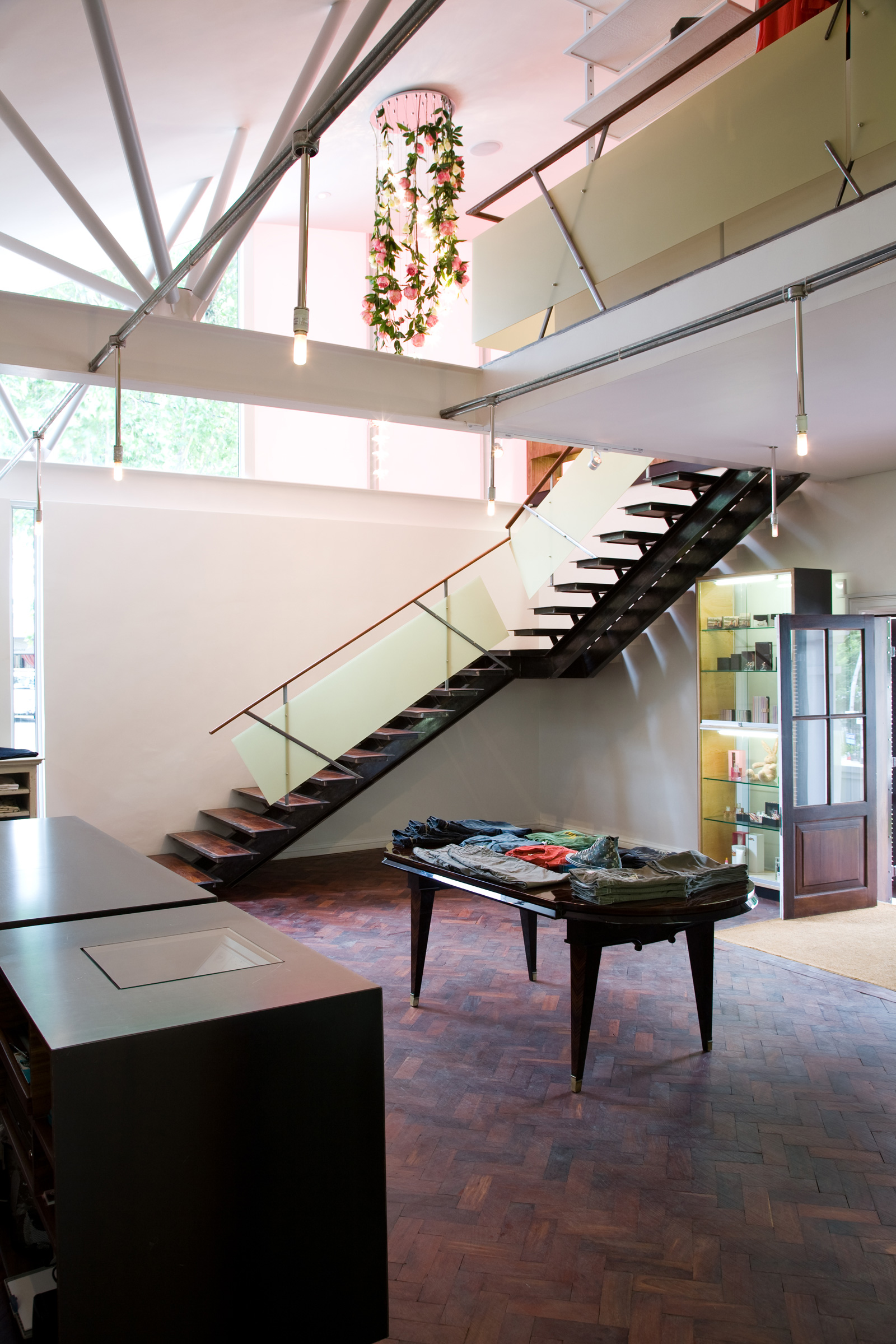 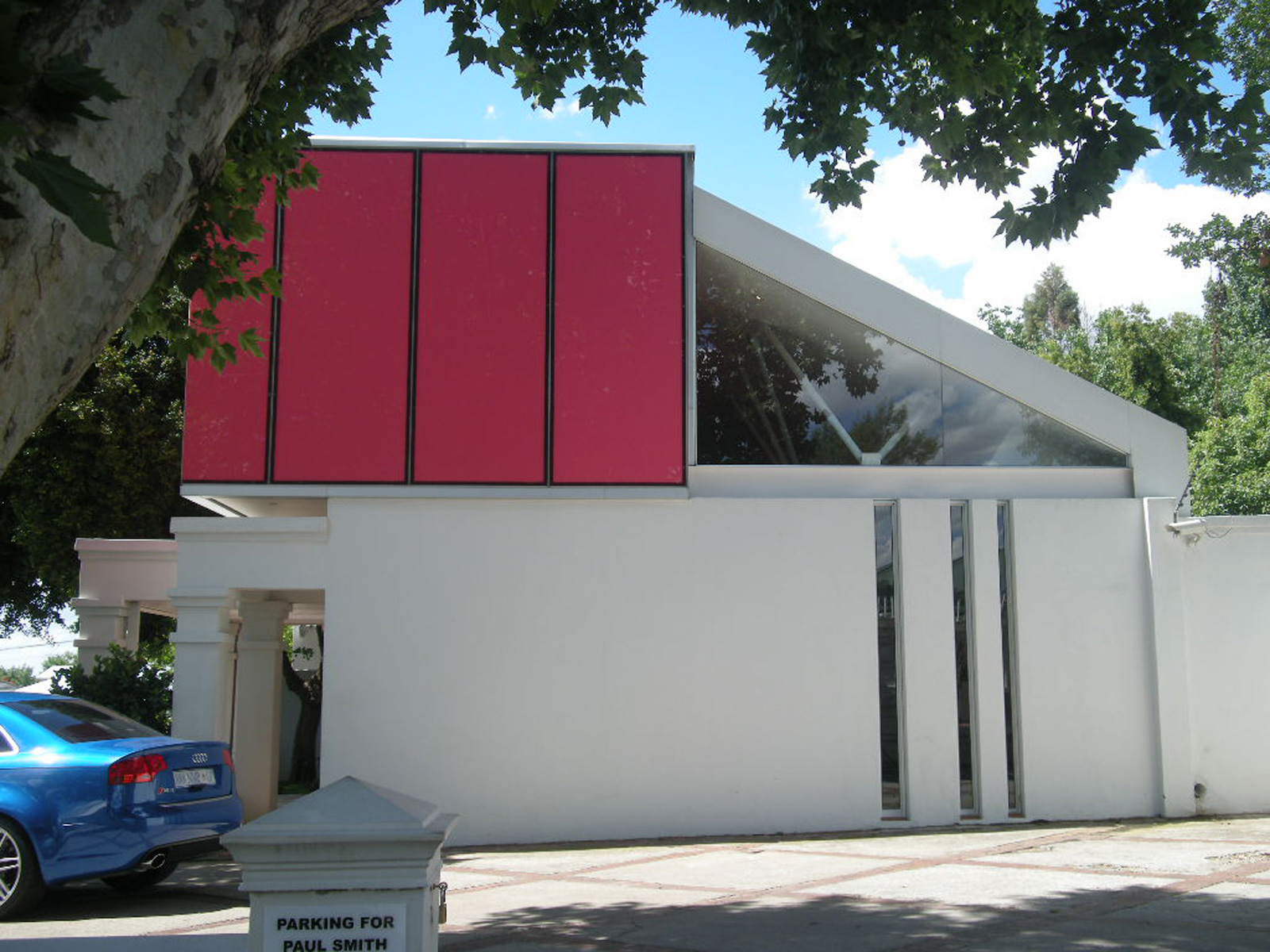 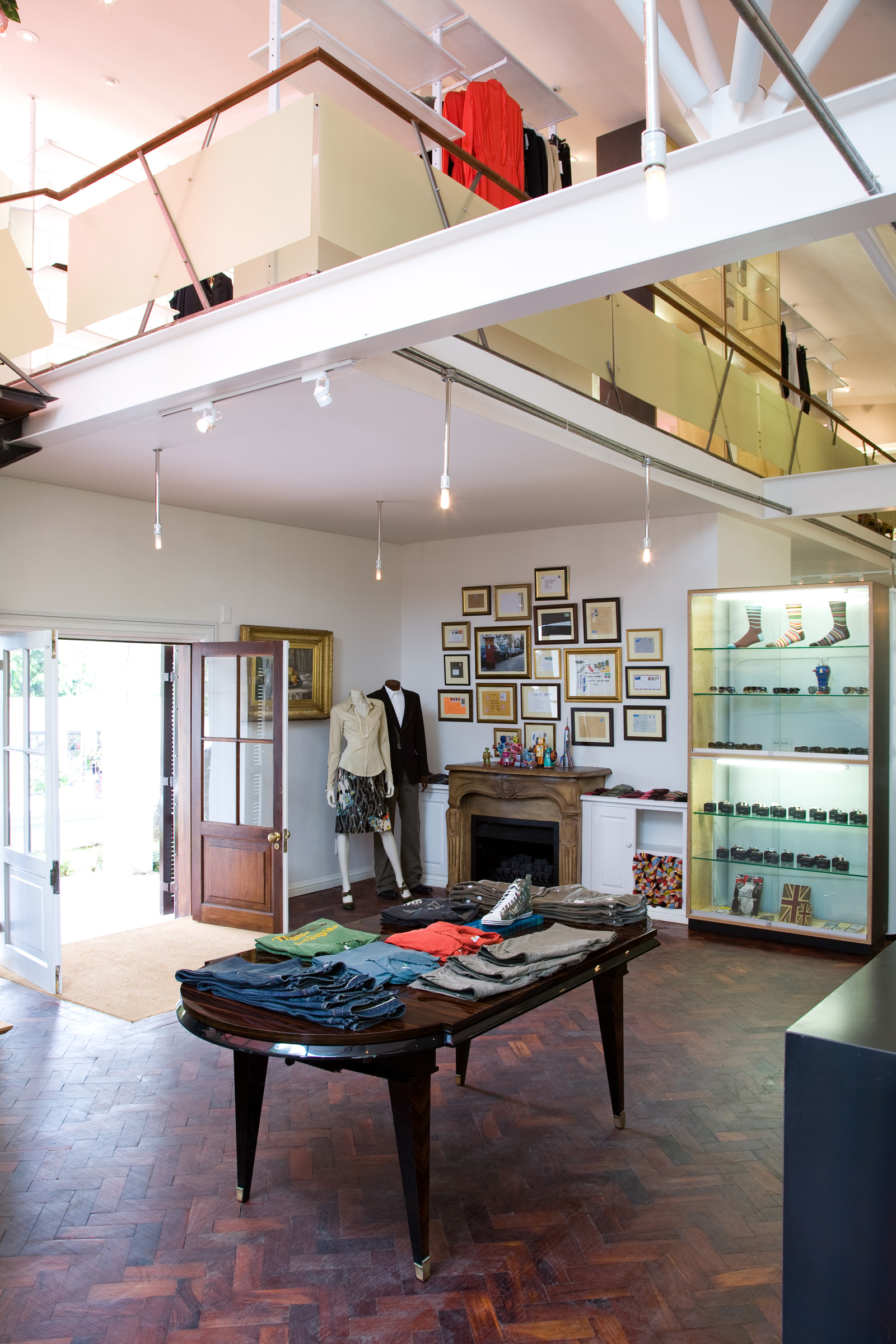 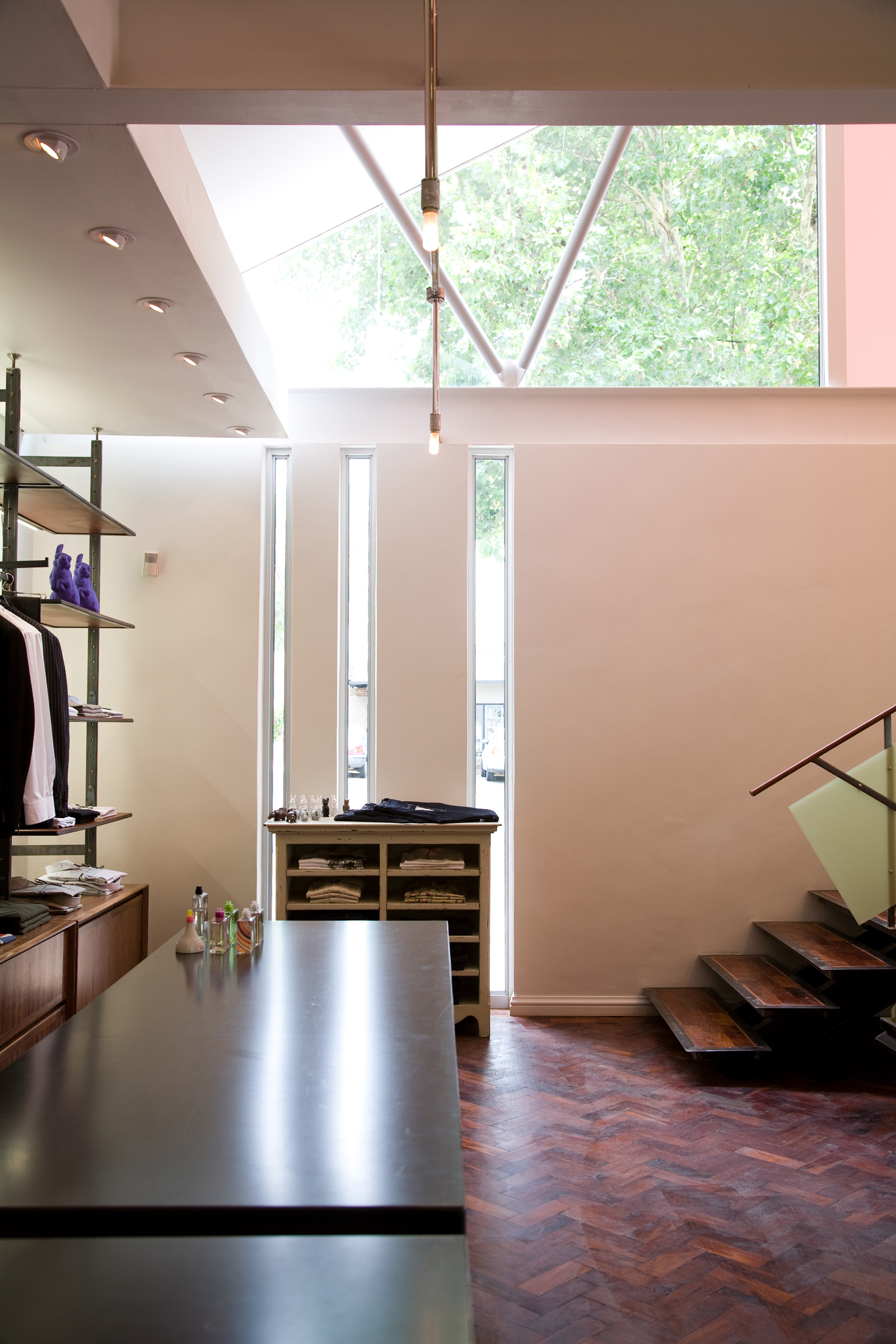 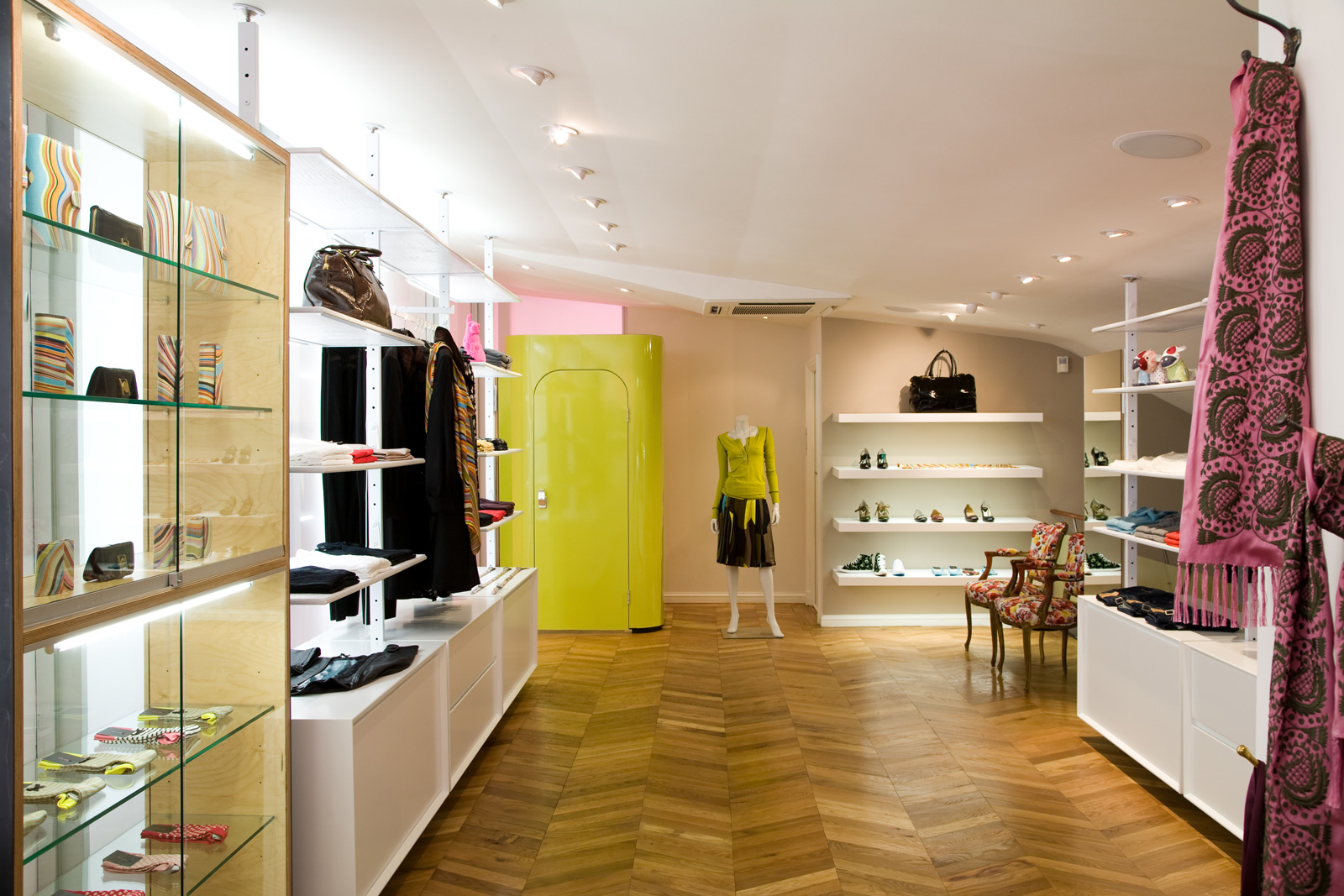 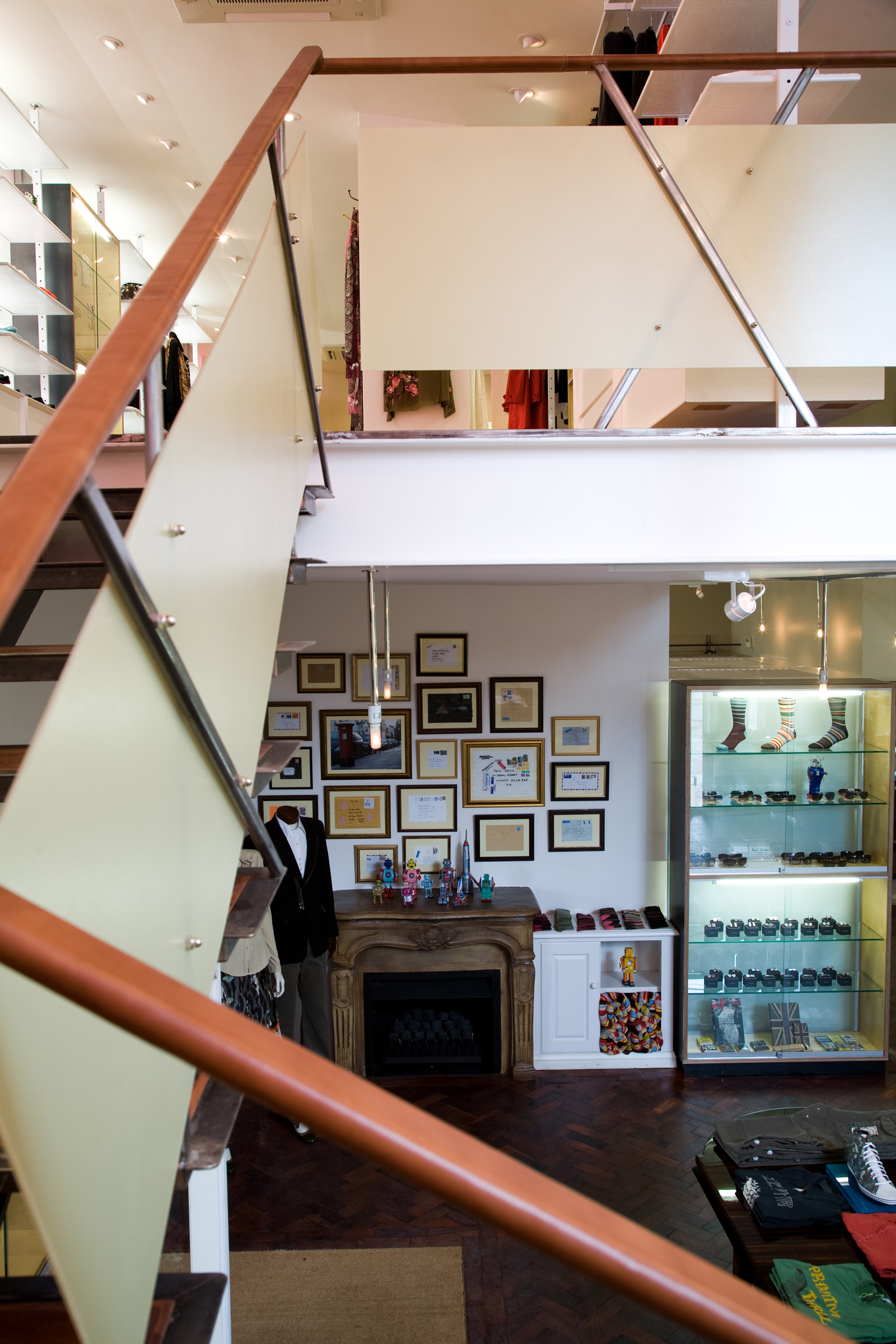 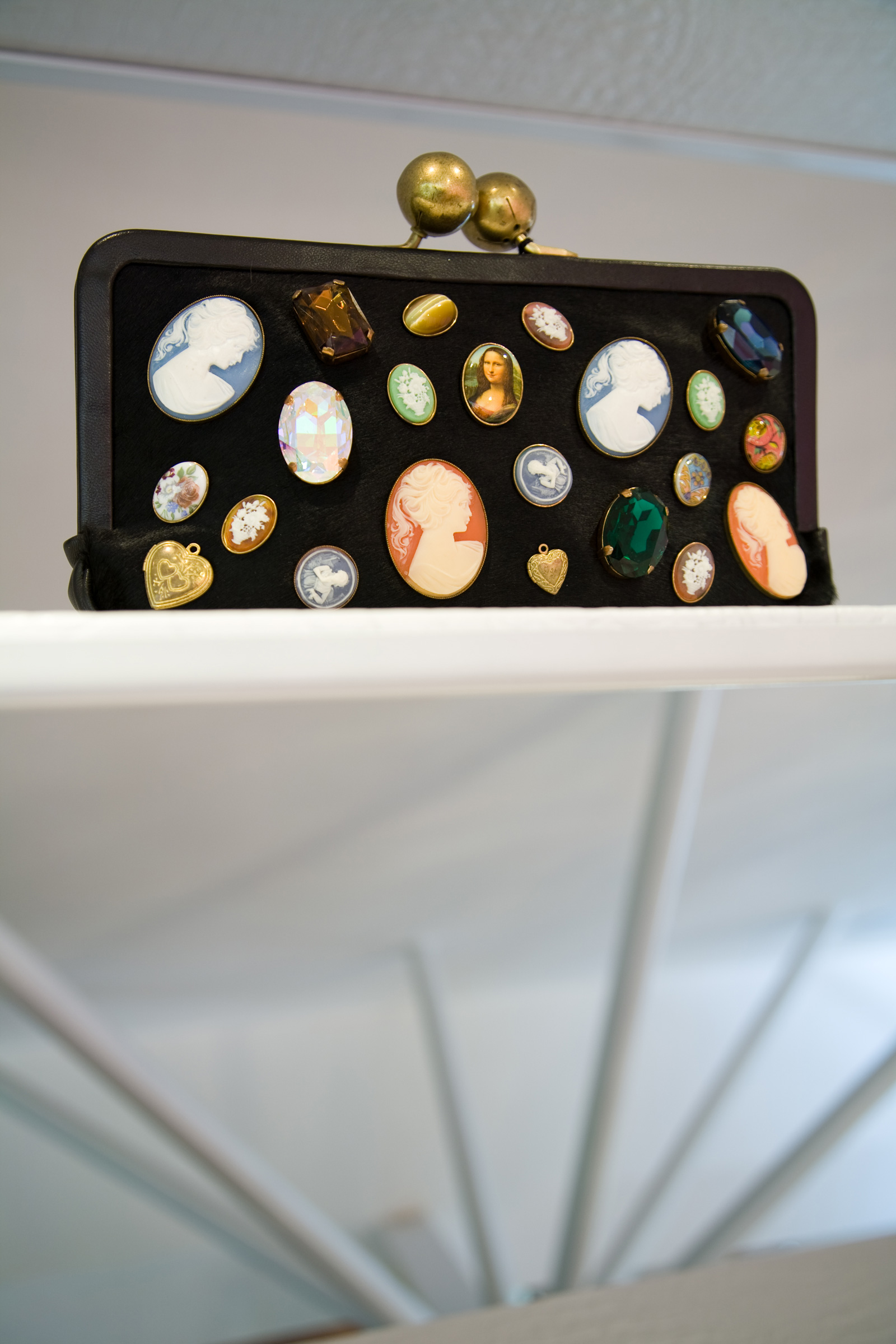 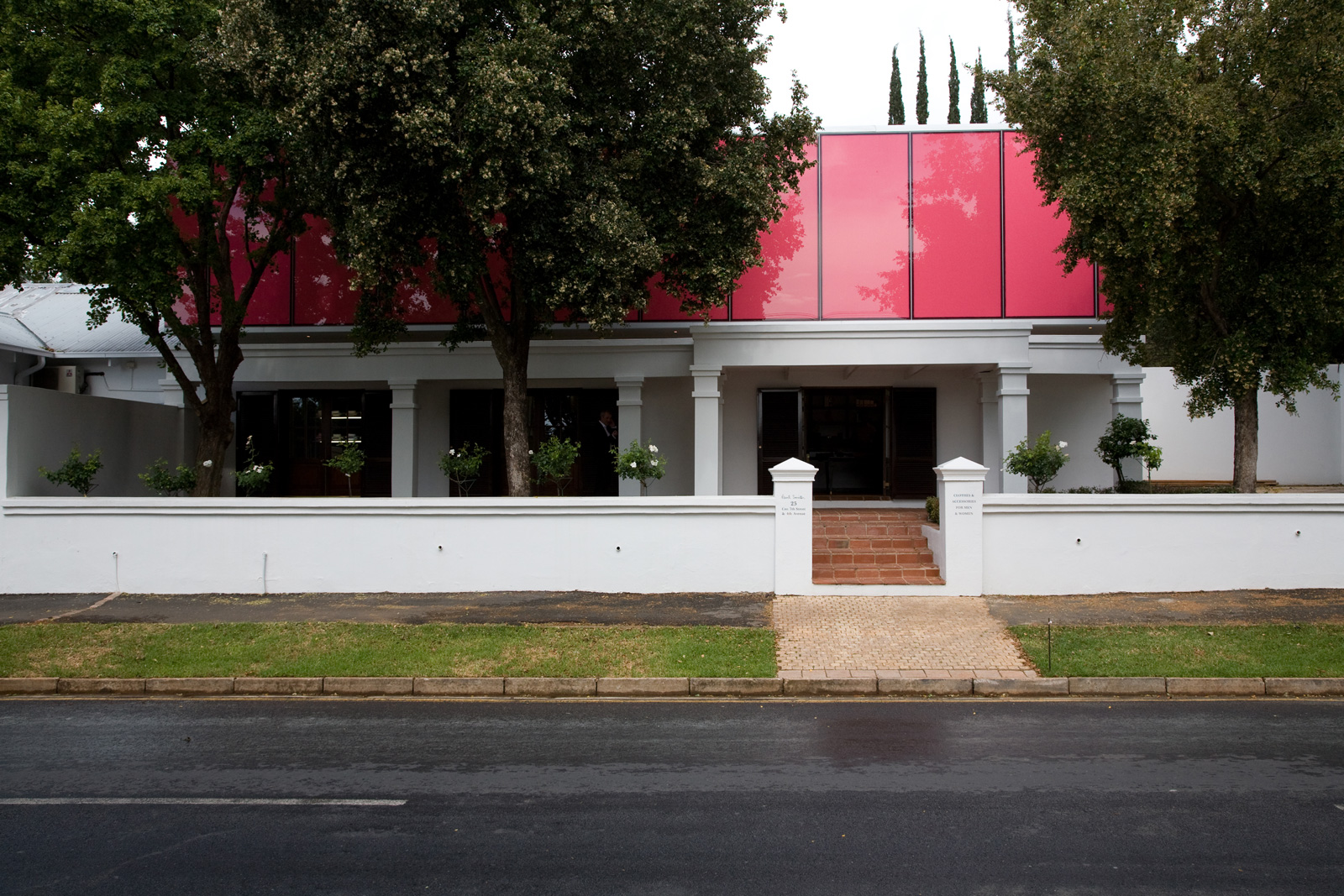 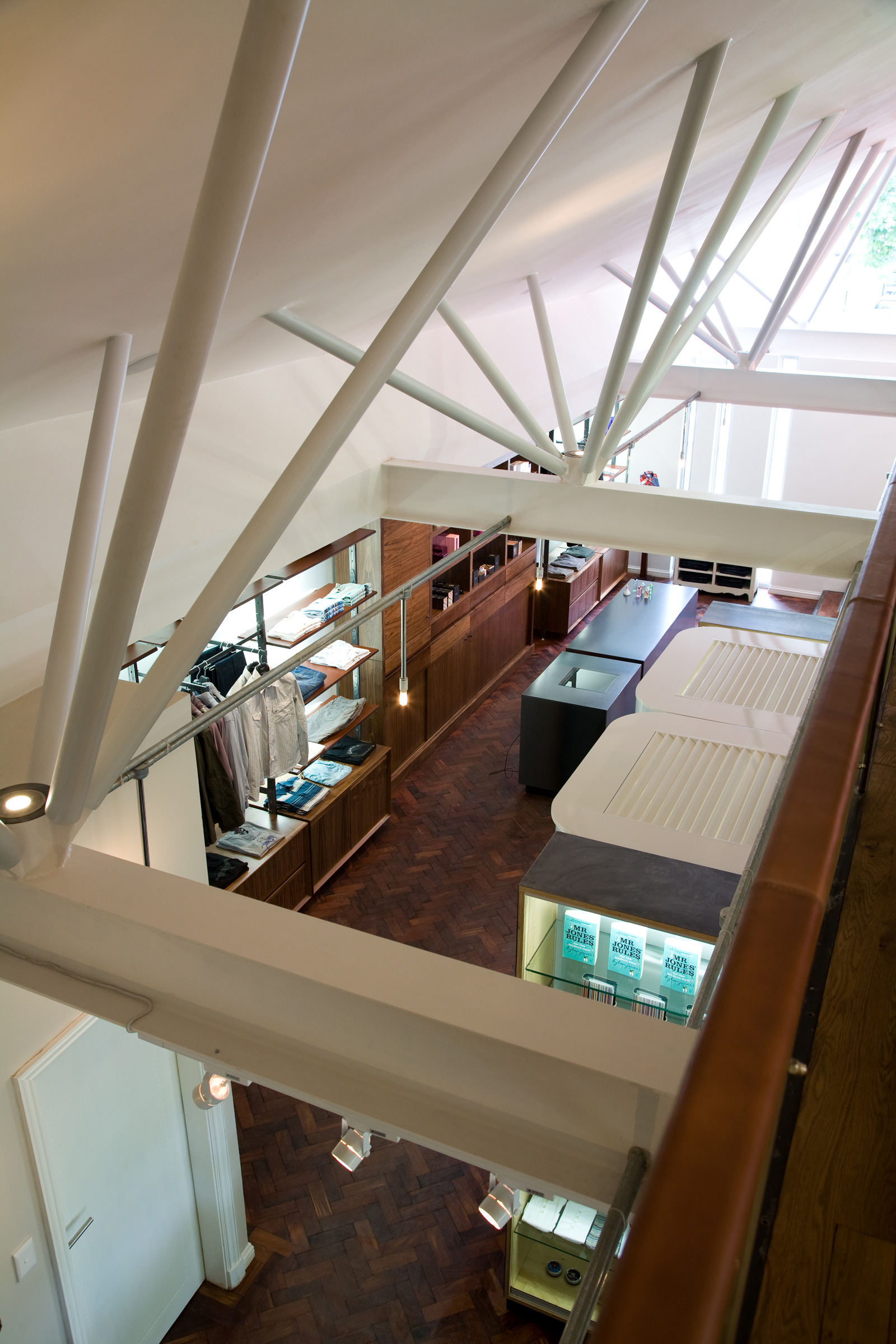 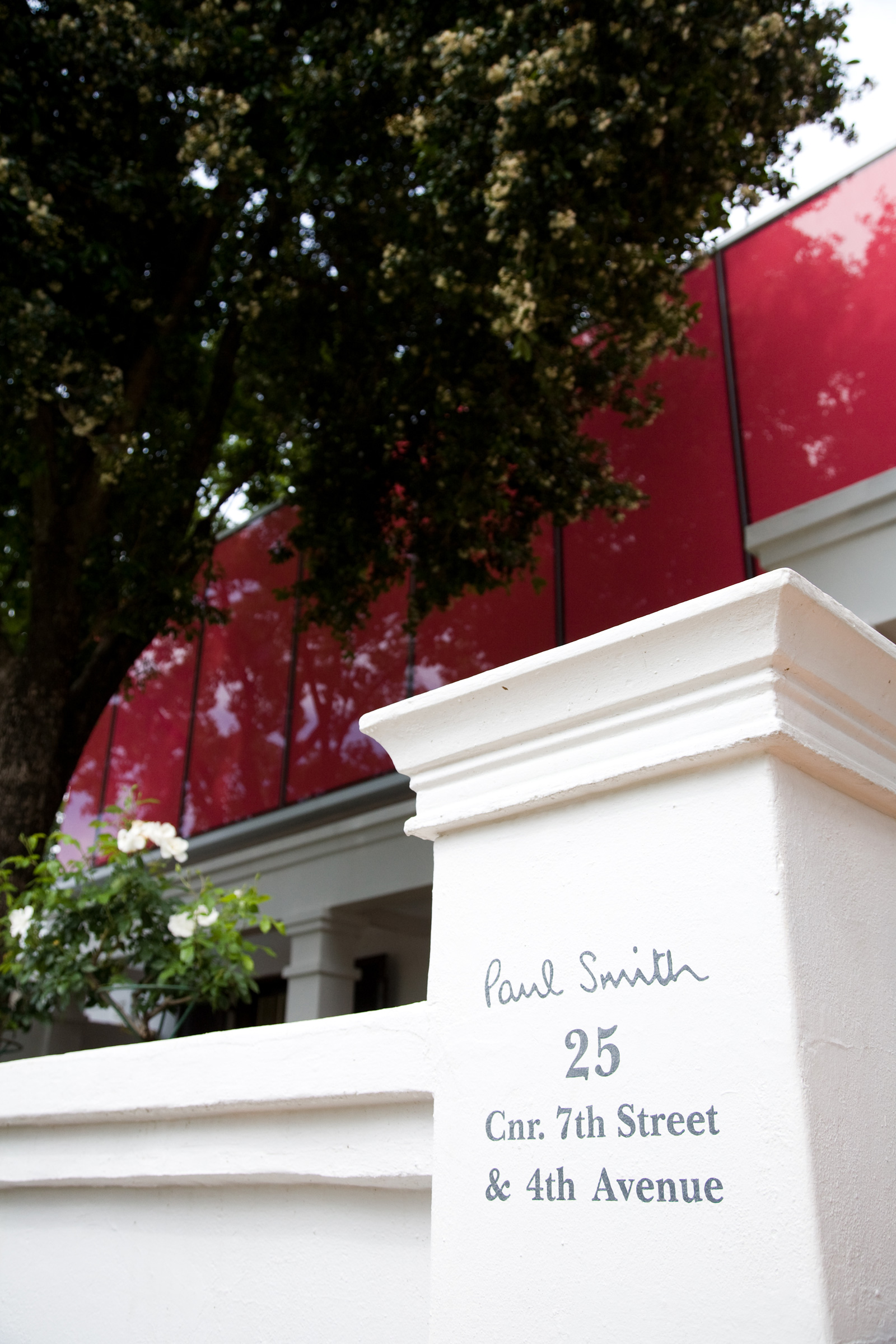 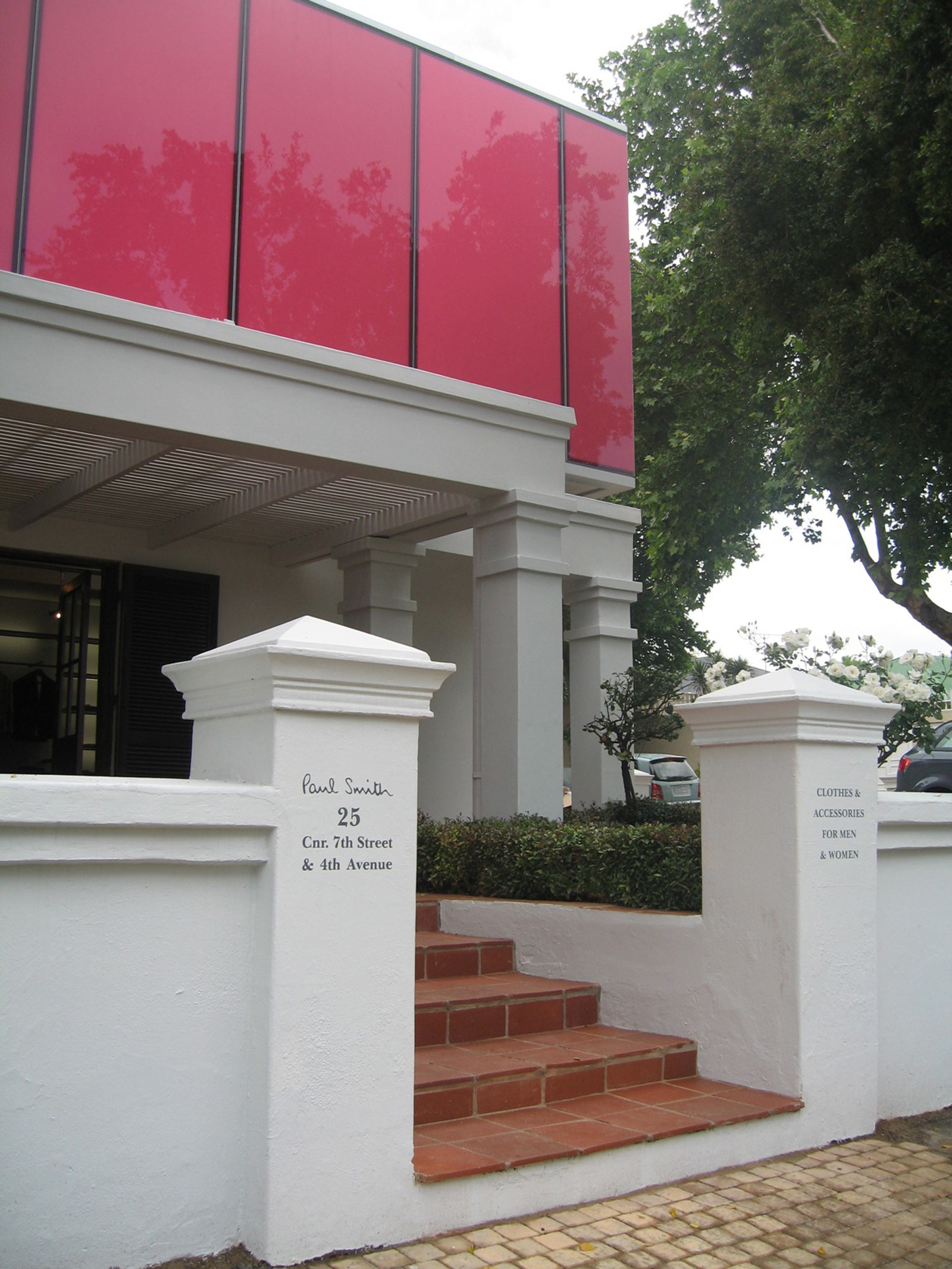