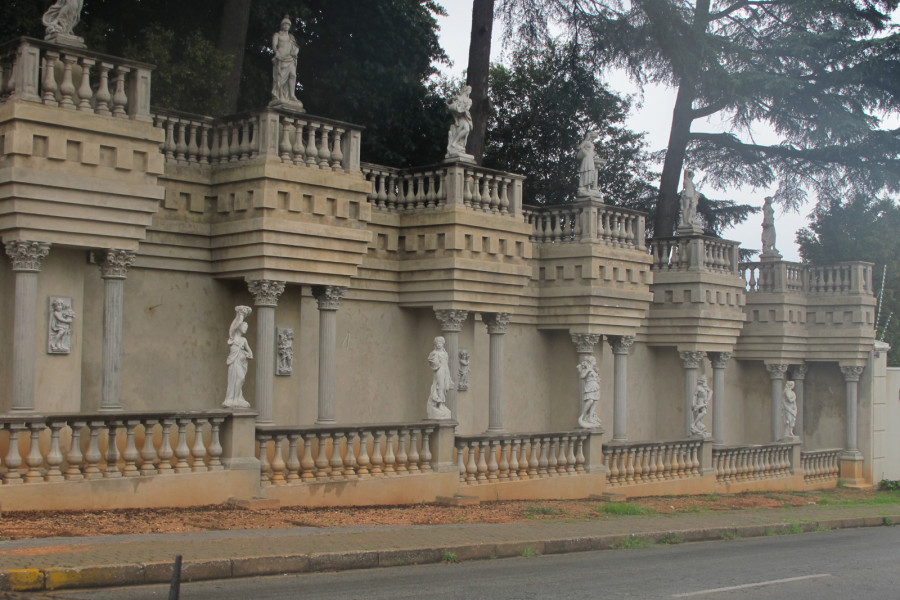 When I look around at how architecture is making – or unmaking – the landscape of our cities and suburbs and townships, it is immediately clear that it is failing in what I conceive as one of its primary roles: that of the speculative, experimental and inspirational reframing of South African society post 1994.

From Tuscan villas to RDP houses, from gated housing developments to mall architecture and mock baronial office estates, the lack of an expressive and experimental architectural lexicon is visible across the board. If we are not condemned to brutally naked structure, we are beset by rapacious decoration.

Too often in wealthy South African suburbs, in the media and in the desires expressed by clients and developers, I see architecture reduced to the inane level of “style”, often warped beyond recognition – think “extreme makeover”. Architecture becomes “lifestyle” coupled with the lowest common development denominator. In the poor “suburbs”, I see architecture realised in the old and unacceptable paradigms: mute and repressive, anti-communal, anti-urban – an architecture unchanged, essentially, since the apartheid days.

In urban terms, architecture’s most complex – and simultaneously most basic – function is as the unit of urban strategy. But I do not see contemporary South African architecture addressing the wider community or expressing the legibility, accessibility and lively iconography that guarantee a world-class city. It neither actively encourages nor critically engages with the formation of an inclusive public domain.

The basic unit of urban strategy in Joburg seems to have become the palisade fence – considered acceptable because it is a “transparent” form of fortification. Architecturally speaking, these fences allow the current weak practice of architecture to continue unchallenged. Fences constitute an artificial separation of building from the urban domain. This separation acts to insulate architectural endeavour from the very challenging circumstances that might ensure its noteworthiness, its experimentation, its potential for formal and optimistic place-making.

I consider architecture an art, a complex technical and cultural and philosophical spatial language. Architecture is one of humankind’s most potent material manifestations, and is therefore extremely revealing of the way we conceive ourselves, the way we construct our particular places and selves and aspirations in time. As an architect, I see architecture naked and unashamed in its ability to expose our attitudes – both to ourselves, and to others.

If you think of architecture as landscape-forming and not simply as a container for style-driven interior decoration or as a fashionable (or not) means to keep the weather out, then you can see that it is not just the spatial medium in which we construct and house our desires and our necessities. It is also a kind of constant companion within and without which our very particular humanities are grounded and directed. Architecture quite literally frames our view, it conditions our seeing, it interferes with perception. It is, in other words, active in the formation of ourselves and our society.

This is why the RDP housing developments, the gated housing complexes, the quasi-public space of shopping malls and the endless unrolling of franchised and homogenised suburbs are so deeply cynical, so intrinsically dangerous to any real imagination of a new South African society. These architectures interfere with our seeing, they stifle our potentials as human beings participating in a democratic and public society.

Melrose Arch is possibly the most cynical of these developments. Presented as “public urban space”, it is essentially an unroofed and stylistically sanitised Montecasino. It is a theme park vision of Europe, a gated and exclusive alternative to the “dangerous” African CBD. The irony of the matter is that the African sensibility of the CBD is read as ungovernable. Yet it is built on flux, on flow, on connectivity, on trade – the very things on which the wider wealthy city builds itself. The wider city, that is – not Melrose Arch.

What we are still seeing in South Africa is a continuation of the historical regulating – an active crushing even – of the public domain. It was, after all, the overt relations between commercial and public interests that made the living urban landscapes of London or New York possible – both cities we continually defer to and long for in their evocation of what we think of as “cityness”. Ironically, these were the cities directly cited in the design campaign that generated Melrose Arch.

Architects in South Africa are generally seen to provide some sort of trade-related service, and they have handed over their historic prerogative as urban visionaries to developers and urban managers who rarely have any sort of architectural backgrounds or training. This is highly ironic given the contemporary global climate, in which architects have been raised to the highest profiles as makers of public art and public place.

South Africa has experienced a rapidly weakening public debate in architecture. As the philosopher Jean-Pierre de la Porte has put it, South African architecture has been put into the difficult position of “a public art without a public realm – other than in the imagination of the universities. Every imaginative revolt in art has been a strictly private matter: Battiss harbouring a republic in his backyard, Preller painting cosmopolitanism in private while Hlungwane addressed the multitudes in heaven. For most of their history, the South African state and the economy have been too tightly woven together to bother about legitimacy through public opinion.”

For all these reasons, it is time to challenge this particularly South African problem of “private vs public” – to put an end to complicity via private rebellion, to restore to architecture its many potentials. To this end, the Gauteng Institute for Architecture has initiated a series of monthly architectural design masterclasses entitled “Rapid Thought Transport: Architects Re-imagine Joburg”. The series aims to deliver a landscape of critical thinking, action and debate around future scenarios, alternative strategies and optimistic experimentations with Johannesburg that can engage all its cultures.

We would advance the idea – hardly new in the world beyond our borders – that architectural design should be considered a form of research. We need to begin some sort of experimental re-imagination of ourselves as “new” South Africans, of ourselves as thought-makers against (and in) the world at large. We are undoubtedly both, and have to read ourselves in both lights all the time.

ENDNOTE 1.The results of the masterclasses will be presented at public events held at David Krut Projects, Parkwood. All are invited. For more information, email sarah@sarahcalburn.co.za

ENDNOTE 2. Sarah Calburn is an architect in private practice. She writes as a committee member of the Gauteng Institute for Architecture

Back to War & Peace
Design in Motion